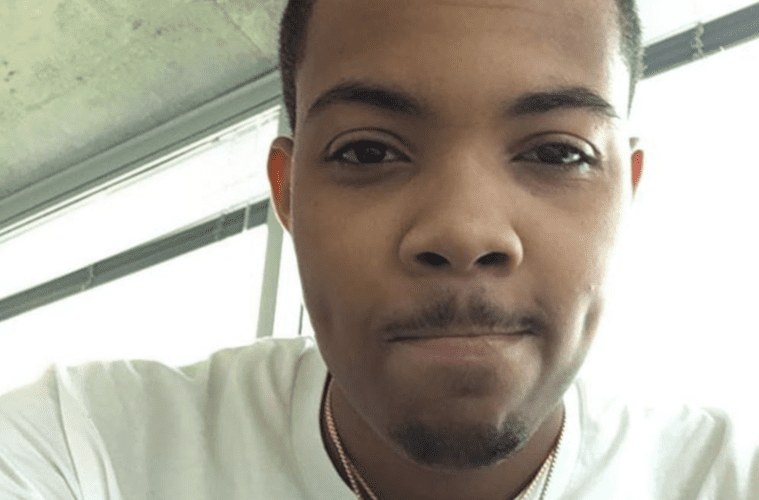 G Herbo Says It Might Be A Wrap For Big Flexing, Money Phones + Iced-Out Chains: “Now It’s Not Cool”

Chicago rapper G Herbo is thinking out loud. The rap star went online this week to dish out some thoughts about the past trends of celebrities flexing their wealth and riches to the world and why a different tactic will be necessary in a more woke world.

This week, G Herbo went on Instagram to ask followers to reflect question wealth. He suggested the idea of showing off money and riches is no longer as important as looking out for people’s mental health and struggles.

“THINKING OF ALL KIND OF KRAZY SH*T & THIS IS RANDOM BUT ITS REAL TRUE… IK THAT NOBODY REALLY CARES! NOBODY CARES ABOUT SHIT UNLESS ITS BENEFICIAL TO THEM, THE SAME THING THATS GOING ON IN THE WORLD TODAY HAS BEEN GOING ON FOR DECADES TO COME… BUT NOW THAT CARING MAY GET YOU A LITTLE SUPPORT OR EVEN ATTENTION THAT YOU NEVER HAD BEFORE ITS EVERYBODY’S ISSUE.. NOW ITS NOT COOL FOR CELEBRITIES OR PPL OF INFLUENCE TO TALK ABOUT OUR JEWELRY OR OUR NICE SH*T ANYMORE BECAUSE ITS PPL IN THE WORLD WHO ACTUALLY HURTING SO THEN PPL LIKE ME WHO ALWAYS HAD IT BUT NEVER GAVE A F*CK ABOUT IT ENOUGH ONLY BECAUSE I FELT SO CONNECTED TO THE PPL WHO HURT … BUT NEWS FLASH THESE PPL IN THE WORLD ALWAYS BEEN HURTING! NOT JUST FINANCIALLY BUT MENTALLY THE MOST!! SO IN A NEW WORLD WHERE LUXURY & POSSESSIONS DON’T MEAN SH*T BUT NOW MORE SO SELF DISCIPLINE MORALS UNITY & RESPECT, WHERE DO WE START? WHAT DO WE DO NOW?? i know I may need a few lessons on punctuation but y’all should get it..” -G Herbo’s Instagram

Herbo is demanding justice. After recent high school graduate and Akron native Na’Kia Crawford was murdered in her car, he’s taken to social media to step up and say her name. This week, Herbo shared a picture of the two together on his social media and called for something to be done. He also left a heartfelt caption demanding justice for Na’Kia.

“BEAUTIFUL BABY GIRL YOU COULD HAVE NEVER DONE A THING IN YOUR LIFE TO DESERVE THIS! PRAYERS GO OUT TO YOUR ENTIRE FAMILY #JusticeForNakia SMH WE NEED TO START MAKING SOME DEMANDS FAST💔”

The 18-year-old was mourned by family, friends, and supporters at a vigil this week.

Crawford, 18, was fatally shot Sunday afternoon while driving with her grandmother in Akron. She had graduated from North High School less than two weeks before she was killed. Officers responded to North Howard and East North streets about 1:25 p.m. Sunday to find Crawford with multiple gunshot wounds. She was transported to Summa Akron City Hospital, where she later died. No arrests had been announced as of Monday evening. At about 12:30 p.m. Monday, family, friends and people who never knew Crawford started lining up to block the intersection where the incident happened in protest, calling for justice in the shooting. A candlelight vigil was held at the intersection Monday evening. (Beacon Journal)

The Akron Police Department released pictures of the suspect’s vehicle.