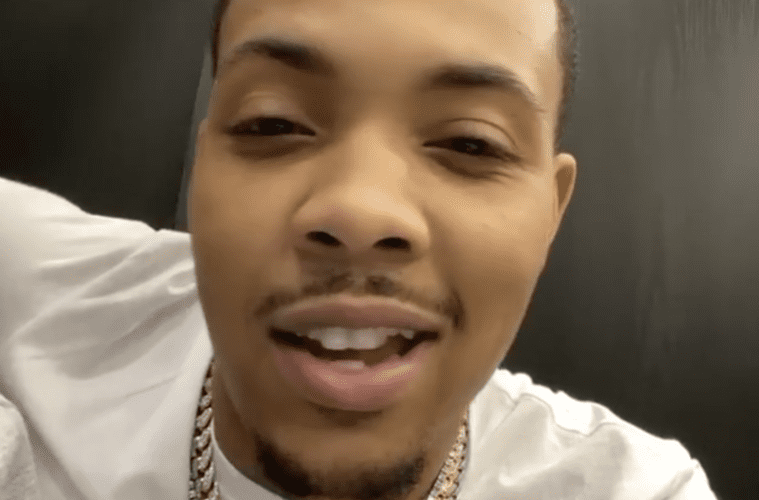 Chicago rapper G Herbo is riding for Juice WRLD in 72 hours. The hip-hop entertainer has shared his support for a much-needed Legends Never Die posthumous album gearing up to drop.

“IM HONORED TO SAY I REALLY KNEW YOU KID! YOU WAS REALLY MY LIL BROTHER & THATS THE COLDEST SHIT IN THE 🌏 TO ME.. JUICE🌍 999 LEGENDS NEVER DIE @juicewrld999 ❤️” -G Herbo’s Instagram

On Monday, WRLD’s new “Life’s a Mess” song landed across the Internet as more than just a quick listen. The Halsey-featured record is accompanied with an official visualizer helping bring Juice’s words to life.

The song balances a hard-hitting low end with somber synths and aching, but ultimately uplifting, vocals from Juice WRLD, with Halsey providing harmonies on the hook and guiding the song’s outro. “Life’s a Mess” follows previously released Juice WRLD tracks, “Tell Me U Luv Me,” featuring Trippie Redd, and “Righteous,” which marked the rapper’s first posthumous single. Both songs will appear on Legends Never Die, although a full tracklist has yet to be revealed. (Rolling Stone)

On Monday, it was revealed a posthumous album would be dropping this week.

“This Friday we will be honoring the life and art of Juice WRLD by releasing his album, ‘Legends Never Die.’ We feel that this collection of 15 songs best represents the music Juice was in the process of creating. The album shines a light on the collaborators that meant so much to Juice and deeply impacted his musical process. Juice dedicated his music to his fans and, now more than ever, we hope this album brings some reprieve to everyone during these unsettling times. Please join us in celebrating Juice’s life by enjoying this album. Juice’s legacy will live forever; LEGENDS NEVER DIE!”

Mentor and Grade A Productions executive Lil Bibby took to Twitter to break the news. Bibbs vowed the project would arrive in 96 hours.