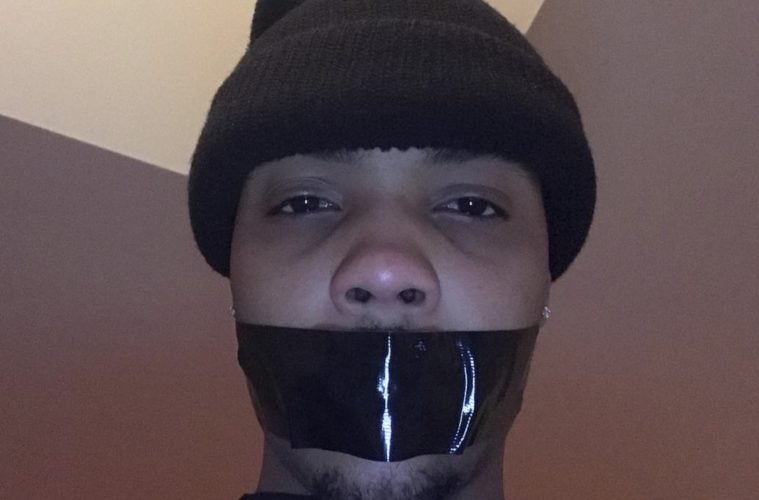 Chicago rapper G Herbo might want to lawyer up right about now. New reports claim the hip-hop artist is behind bars after getting busted last night (February 22) with a couple affiliates on a loaded gun charge.

According to a report, the law enforcement run-in went down Thursday during a traffic stop.

Central District officers conducted the stop about 10:35 p.m. in the first block of East Roosevelt Road, according to a statement from Chicago Police. Herbert Wright, 22, of the South Side Calumet Heights neighborhood; Deavonte Royale Kimbale, 25, of Compton, California; and Marchello Walton, 36, of Phenix City, Alabama, were all arrested after the stop when the officers found that they were each armed with a loaded gun, police said. (Chicago Sun-Times)

Herbo is expected to appear in court today (February 23) and make a bond request.

Wright is a rapper who performs under the name G Herbo and has collaborated with artists including Nicki Minaj, Chance the Rapper, Chief Keef and Common, according to his website. Each of the men was charged with a felony count of aggravated unlawful use of a loaded weapon in a vehicle without a FOID card, police said. They were all expected to appear in bond court on Friday. (Fox 32 Chicago)

Recently, Herbo put out some new music with hometown hero Chance The Rapper.

Herbo released the Chance the Rapper-featuring remix of his Lil Uzi Vert collab, “Everything,” last week. At the time, Herbo said of the remix, “It’s always been love between me and Chance, since we both started we always supported each other. His a** is really like the unofficial mayor here.” (Complex)