“Once we arrived at Summer Jam, there apparently was a riot that broke out in a section during another set. We were told that the station was forced by the city and the venue to cut us from the show. The festival organizers came to Future’s dressing room and personally asked him to leave immediately. … Future was crushed by the request but was told it was in the best interest and for everyone’s safety that he leave. We couldn’t be more disappointed but we promise our fans that in spite of the rocky start, we will do everything in our power to make this summer one for the history books!!! #SummerSixteen” (Billboard)

A few days ago, Future updated fans on his cancelled performance. 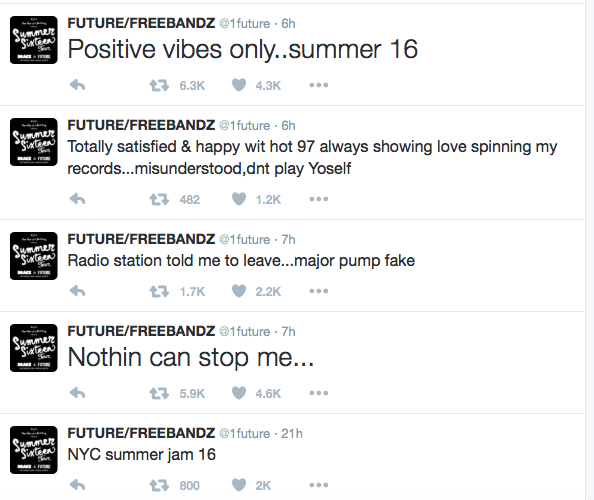 Future released a video clip and showed off his frustration over the situation.

MetLife told us to shut it off… https://t.co/cmSGPlzRrc