Atlanta rapper Future‘s new Dirty Sprite 2 album is looking to dominate the sales chart in the coming week with seven-day numbers up to 75,000 copies.

Based on one-day estimates, Future’s newest solo offering should easily topple its competition in week one.

Early reads suggest that DS2, the new album from Future (A1/Freebandz/Epic) is exceeding expectations. The set is currently projected to debut with around 70-75k (the album is currently #1 at iTunes). Stay tuned for more projections tomorrow—they’re the new Saturday morning cartoons. (Hits Daily Double)

Listen to Future’s new album on the next page…

Future has promoted his latest release with a series of tweets and re-tweets on Twitter heading into the weekend. 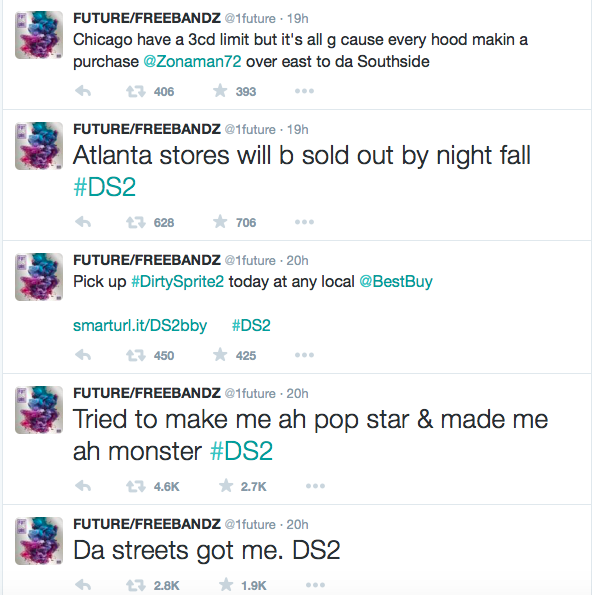 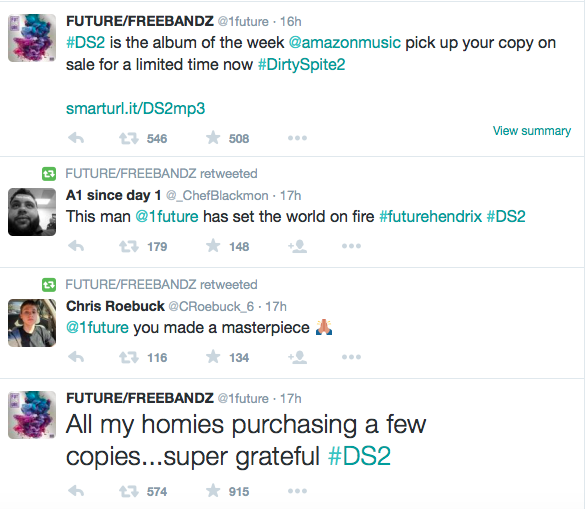 Maybach Music Group’s Meek Mill has displayed his support for the album on Twitter.