Atlanta rapper Future is much more than what meets the eye. The platinum-selling hip-hop artist has penned an open, inspirational message to fans.

Future went to Instagram Tuesday (February 14) to ask for forgiveness from his supporters and anyone he’s let down. 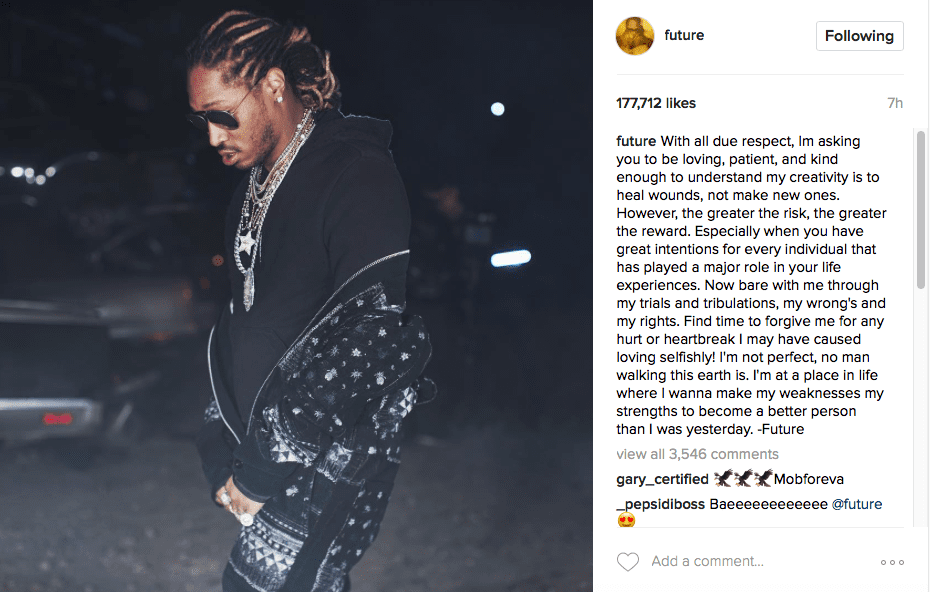 A few hours ago, Future made headlines after announcing a new self-titled album release and nationwide tour. 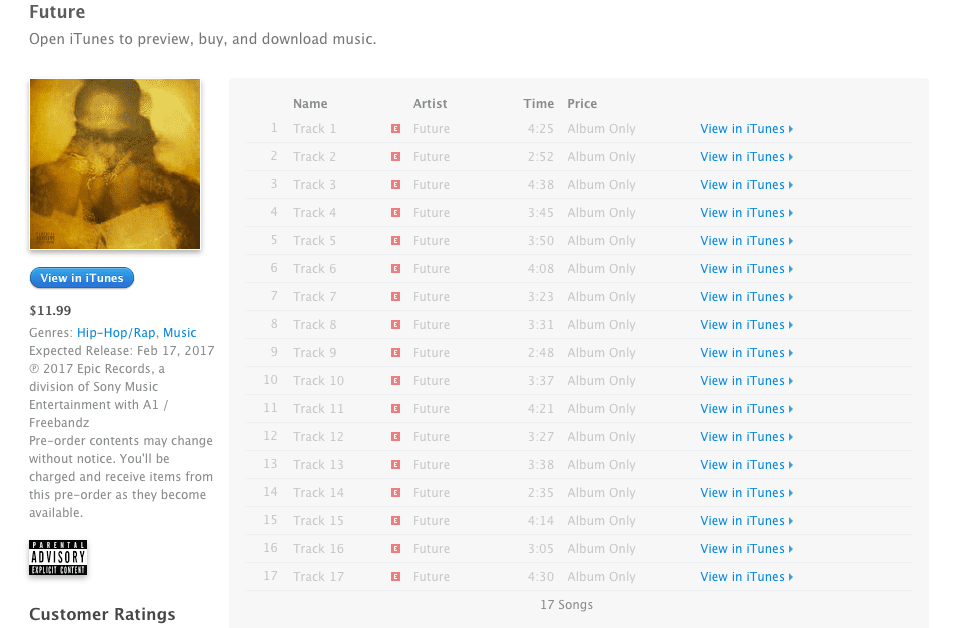