1.8k Views Comments Off on Future Might Unleash “Beast Mode” Any Minute: “When It Does Come Out, It’s Crushing Everything”
Share

Although Zay has no idea when it will arrive, he did promise Beast Mode would dominate its competition.

Earlier this week, producer Zaytoven shared that Beast Mode 16, the hotly-anticipated follow-up to 2015’s Beast Mode is finally finished. With many questions lingering about the project and what to expect from the rapper who has become a champion for album-quality mixtapes, Billboard caught up with Zaytoven on the red carpet of the BET Hip Hop Awards 2016 to discuss the forthcoming release. “We should be dropping a single within two weeks,” he offered, continuing, “and it’s featuring Drake.” (Billboard)

In mid-September, producer Metro Boomin hinted at Drizzy and Future possibly linking up for a new banger. 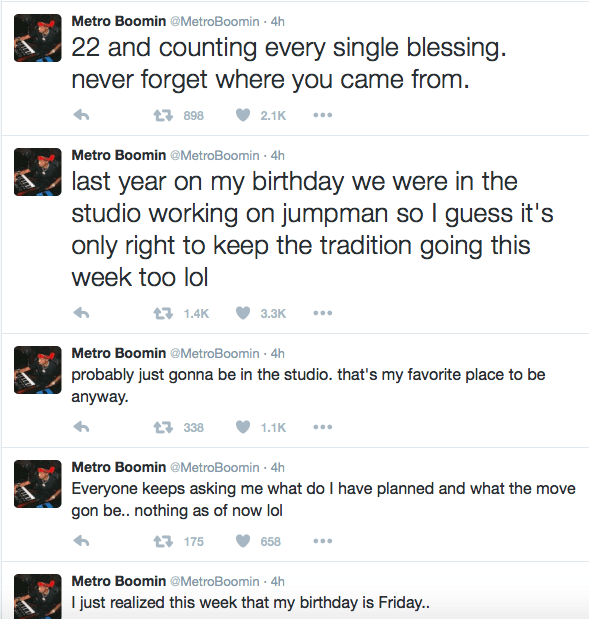 Comments Off on Future Might Unleash “Beast Mode” Any Minute: “When It Does Come Out, It’s Crushing Everything”