Atlanta rapper Future is helping take some of the attention off Nicki Minaj. The hip-hop star has linked up with Barbie for an upcoming music video.

Future went to Instagram early Tuesday (February 28) with a shot of himself and Nicki. 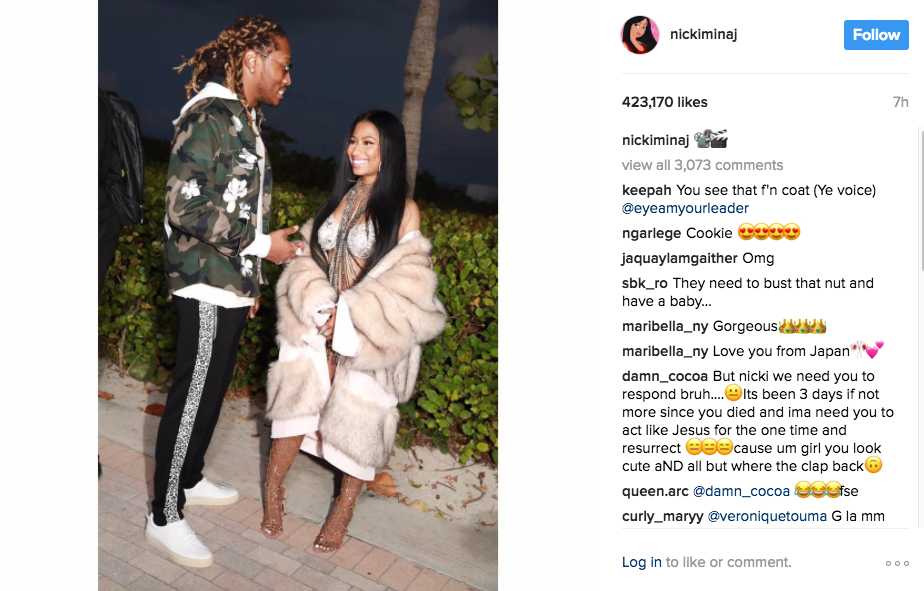 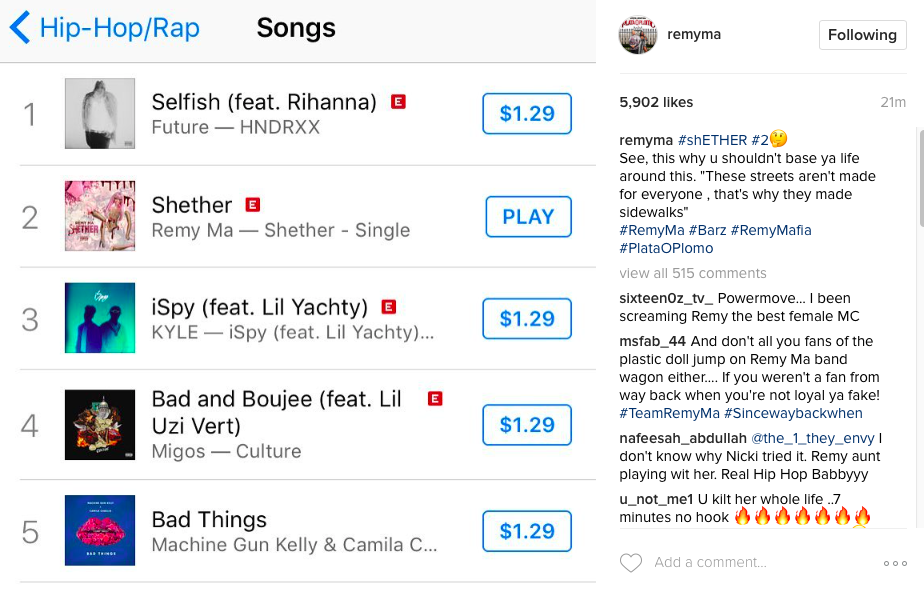 Last weekend, actress Vivica A. Fox said both rap rivals should fall back from feuding.

“She’s amazing and she’s an OG,” Vivica said referring to Remy. “So you have to give respect. I just don’t like that when you see them [feuding], they’re beefing against each other. I believe there’s room for both of them to drive and ride and to make a whole bunch of d*mn bodies move. So y’all get together, y’all were fighting for a little while, so y’all get together and make that paper together girlfriends because that’s what women do. We get together. We not new to the game, we true to the game. Yasss! That part!” (The Shade Room)