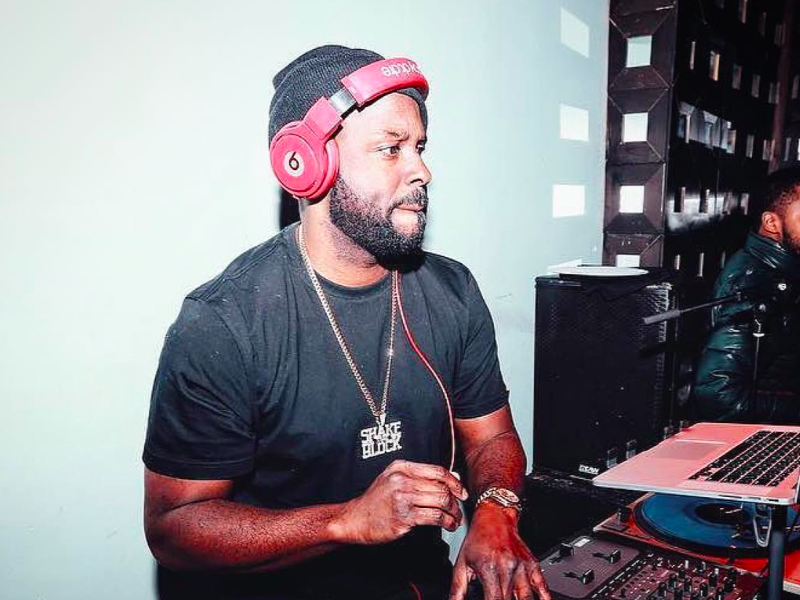 Funk Flex Catches Bow Wow Copping Pleas From Murda Mook: “Begging Not To Have A Problem!”

Hot 97‘s Funkmaster Flex is giving Bow Wow no days off. The hip-hop veteran has once again trolled Bow Weezy and exposed him reaching out to his pal Murda Mook.

Flex went to Instagram Saturday (December 17) with screenshots of Bow Wow trying to make peace with the battle rapper. 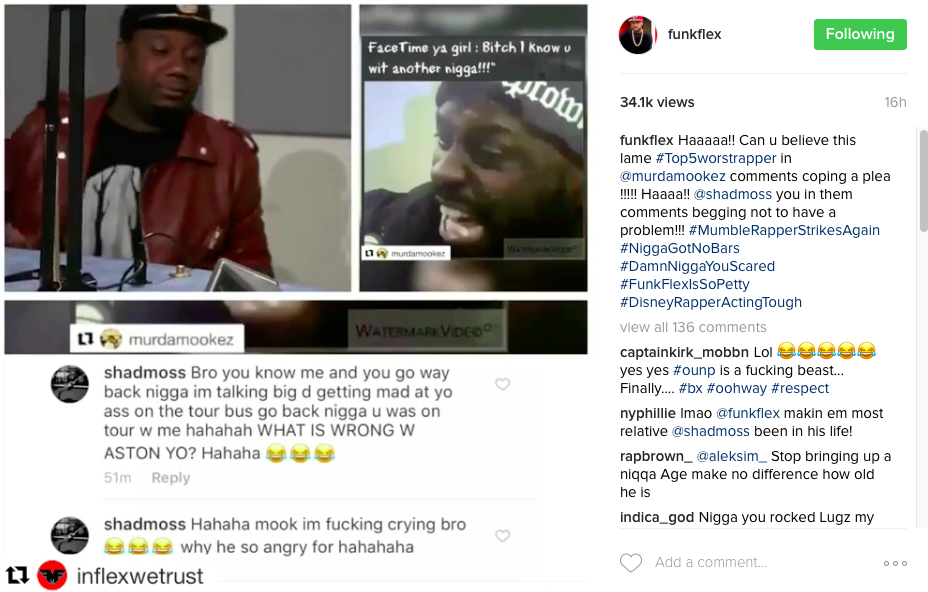 “You know what it is! Funk Flex! We in that BX! Oun-P, Murda Mook, now listen, that’s called motherf*ckin’ bars n*gga! You know nothing about that! You know why!? ‘Cause you a mumble rapper Bow Wow! A mumble rapper! Lil Yachty, you don’t want nothing too! Neither of you n*ggas want nothing ’cause Murda Mook is standing right there, put him on the f*cking camera!” (Hot 97)

This week, Flex showed how Bow Wow had blocked him on social media. 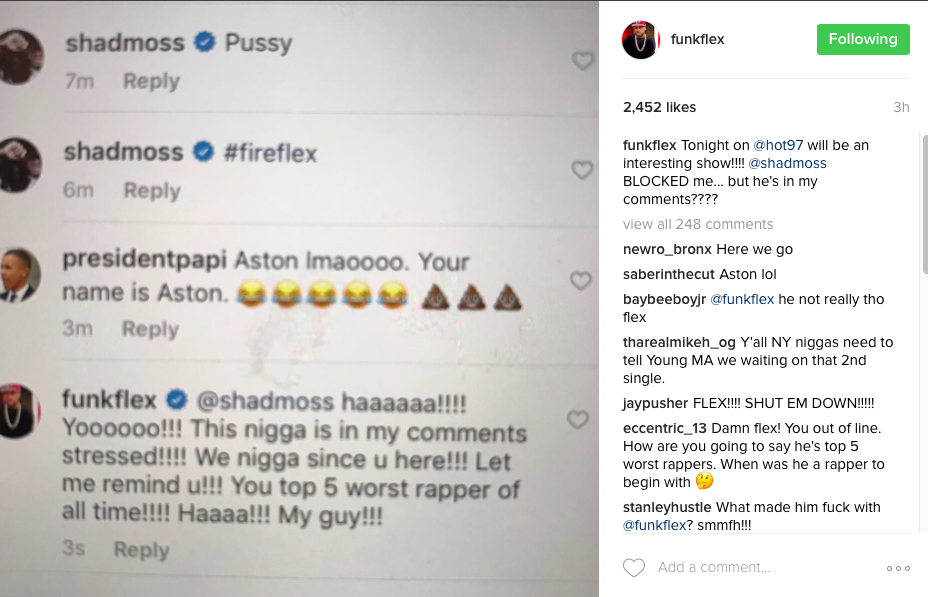 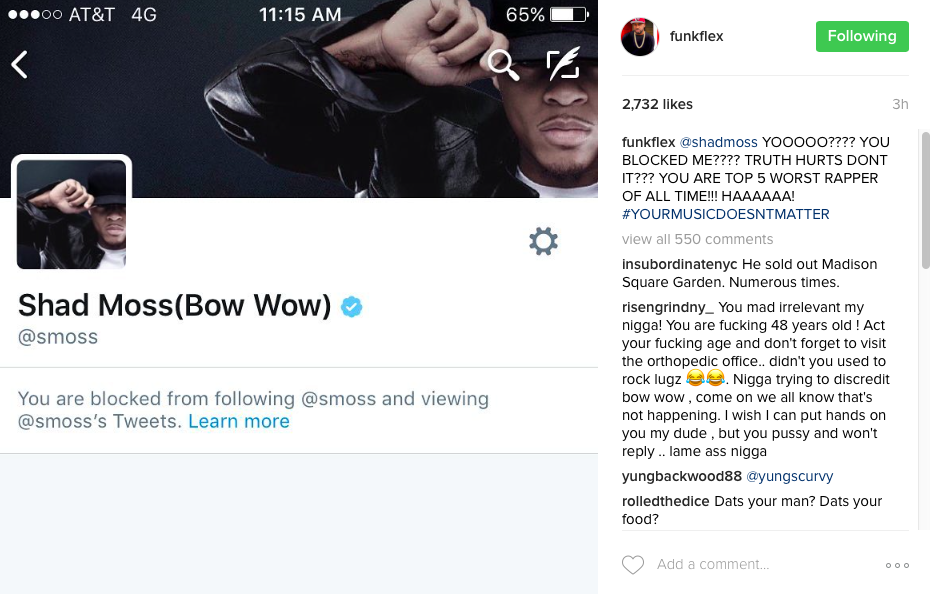 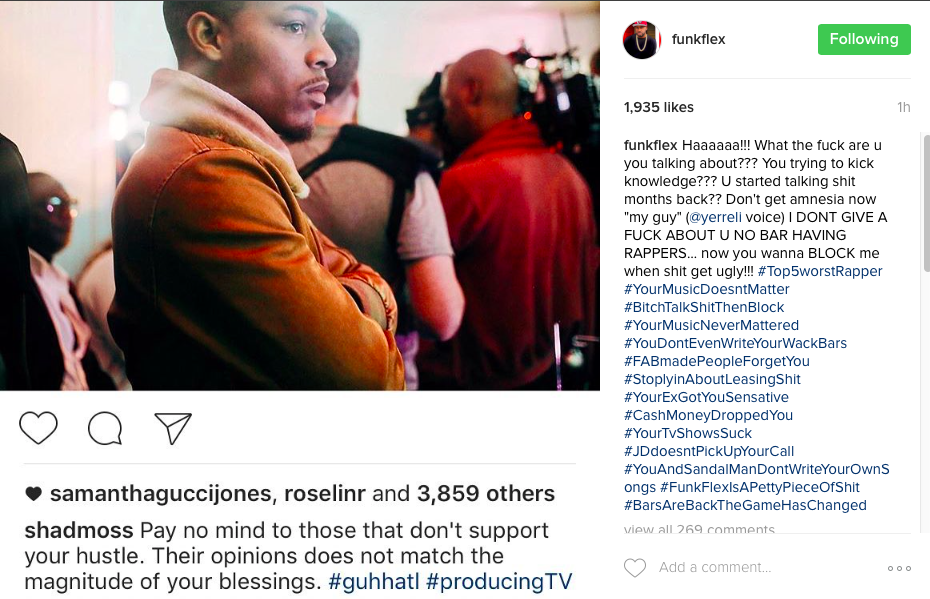 Earlier in the day, Funk Flex unloaded his issues toward Bow Wow on Twitter. 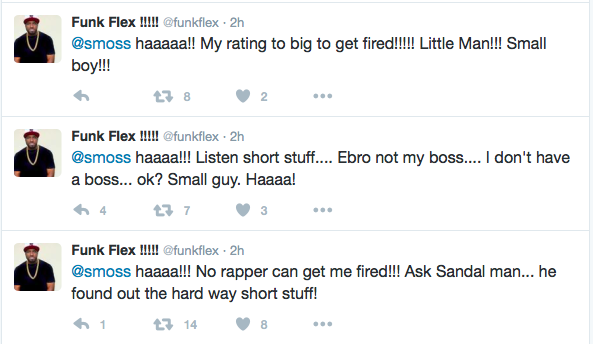 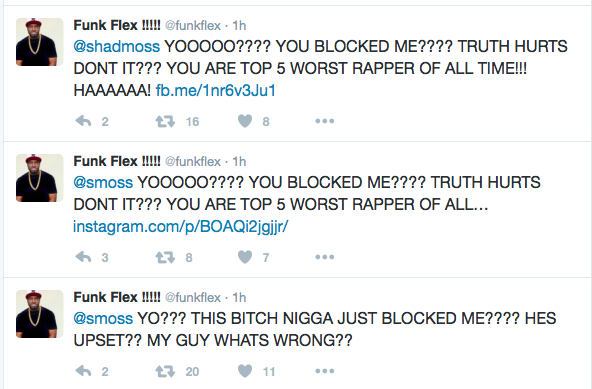