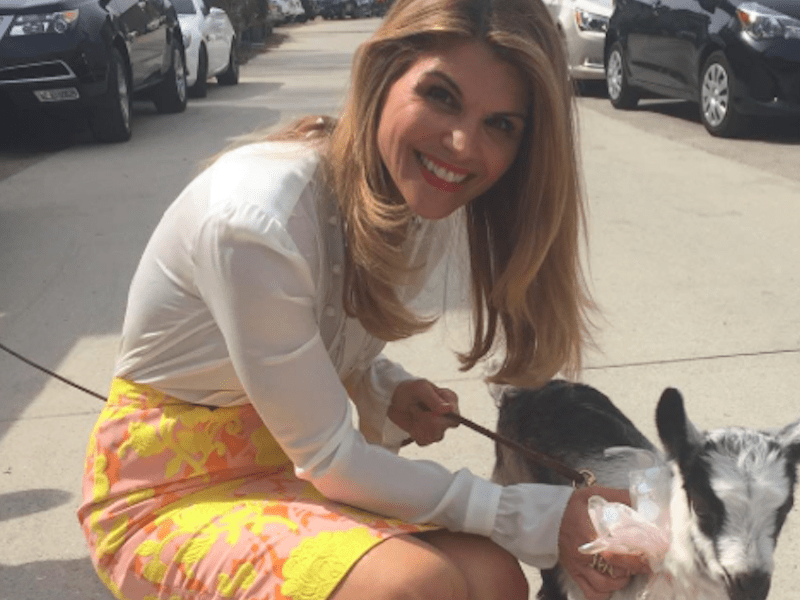 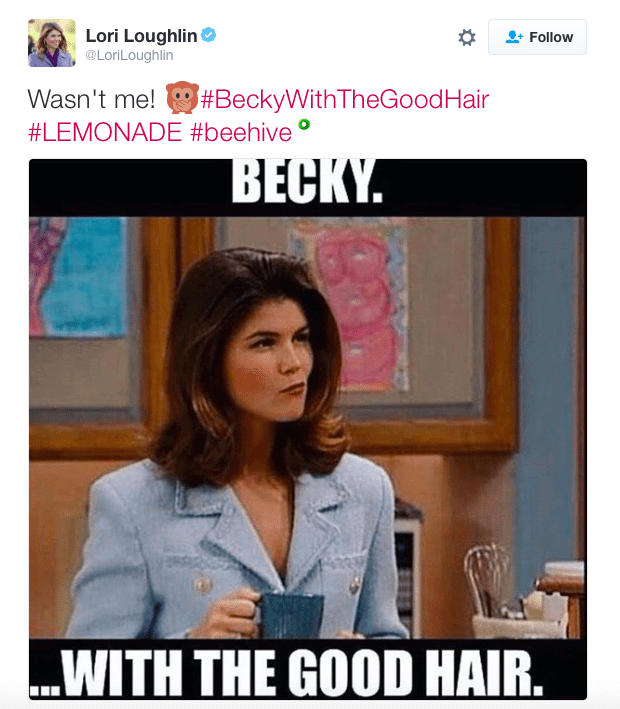 Check out more on the “Becky” drama on the next page… 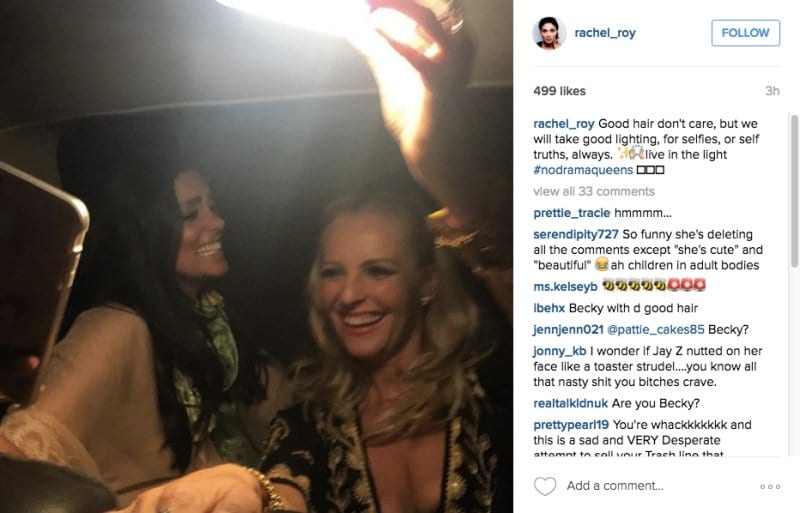 #PostAndDelete: The #Beyhive is dragging #RachelRoy after she posted this. Could it be possible shade to #Beyonce singing about the "Becky with the good hair" in her song 'Sorry'? #Lemonade #DragSession

“Sorry,” the fourth track on Beyonce’s surprise new album, Lemonade, hits back at a guy for his lame attempt at an apology after he cheated on his lady. “Middle fingers up, put them hands high,” Beyonce sings. “Wave it in his face, tell him, boy, bye. Tell him, boy, bye, middle fingers up. I ain’t thinking ‘bout you.” So good. The song ends by calling out the girl he cheated with: “He better call Becky with the good hair.” (Hollywood Life)

Beyoncé upped things even more by calling out “Becky” for hurting her relationship.

“So what are you gonna say at my funeral now that you’ve killed me? Here lies the body of the love of my life whose heart I broke without a gun to my head. Here lies the mother of my children both living and dead. Rest in peace my true love, who I took for granted. Most bomb p*ssy, who because of me sleep evaded. Her shroud is loneliness, her god was listening. Her heaven will be a love without betrayal. Ashes to ashes, dust to side chicks.” Then, she’s joined by squads of beautiful black women—including a twerking Serena Williams—before dropping a cryptic clue as to the identity of the other woman: “he better call Becky with the good hair.” (The Daily Beast)

Comments Off on “Full House” Star Aunt Becky Responds To Beyoncé: “Wasn’t Me!”