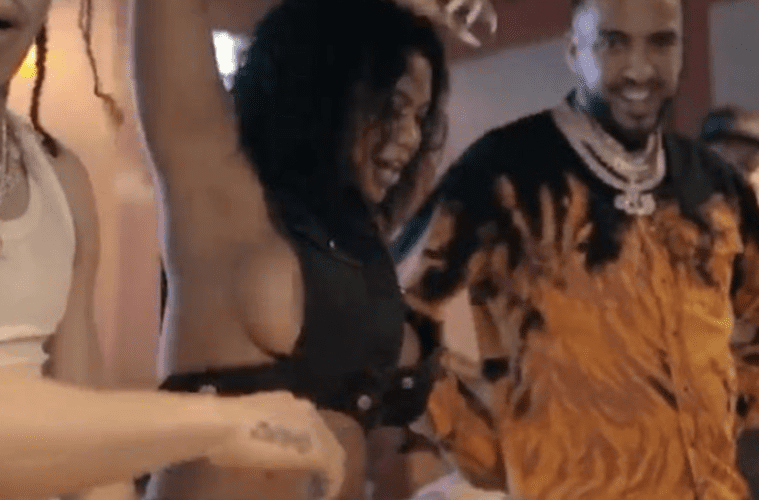 New York rapper French Montana knows his music in more than inspirational. The hip-hop heavyweight went online this week to react to his new “That’s A Fact” single sparking a slew of Spin Around The Block challenge clips.

French Montana has lit up his social media pages with some epic reposts on his challenge. French shared a batch of clips from people across the Internet turning up to his latest tune.

Heading into Friday, French came through with his latest single. The Bad Boy Records star unleashed “That’s A Fact” to the masses.

This week, French linked up with former rap foe Jim Jones. During an Instagram Live broadcast, they publicly squashed their past feud.

“I remember you trying to sneak inside MTV Awards, and me and Juelz [Santana] were in a Phantom. I don’t know if you remember that but you threw your middle finger up at me and I said ‘I should get out right know and whoop your f**king a** out you little dumb n***a,’ you was by yourself. Me and Juelz was in a Phantom and we had mad n***as behind and I left that s**t alone, Juelz said ‘leave that n***a alone, why you always bothering him man,’ and I said said ‘alright Juelz, man.’ He was like ‘stop, man.'” – Jim Jones

The pair also encouraged younger rappers not to follow in their ways of feuding. They both encouraged the youth to put love over hate.

“If there’s anybody out there watching from the young n***as, man, learn from this, Don’t waste 15 years in the game when y’all could have been getting all kinds of bags together.” – French Montana

“There’s a lot of foolish beefs and foolish shootings and there’s a lot going on right now with everybody cooped up in the house.” – Jim Jones