Bad Boy‘s French Montana might want to reconsider his stance toward Delta Airlines. The hip-hop star’s Instagram has flooded with people telling him YouTube star Adam Saleh‘s controversial flight drama may have been a full-blown prank.

In Montana’s anti-Delta IG post, users have debated the Saleh incident and tried to convince the rapper he may have fallen for the viral personality’s latest stunt. 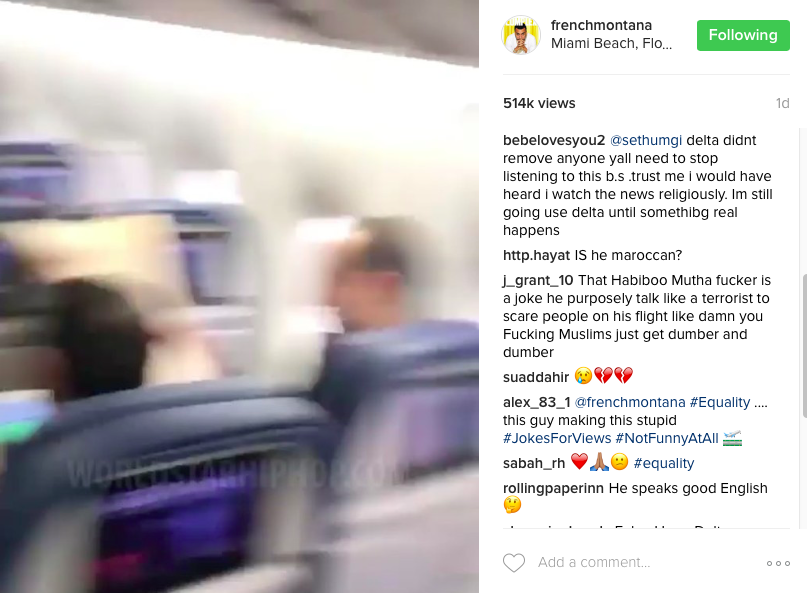 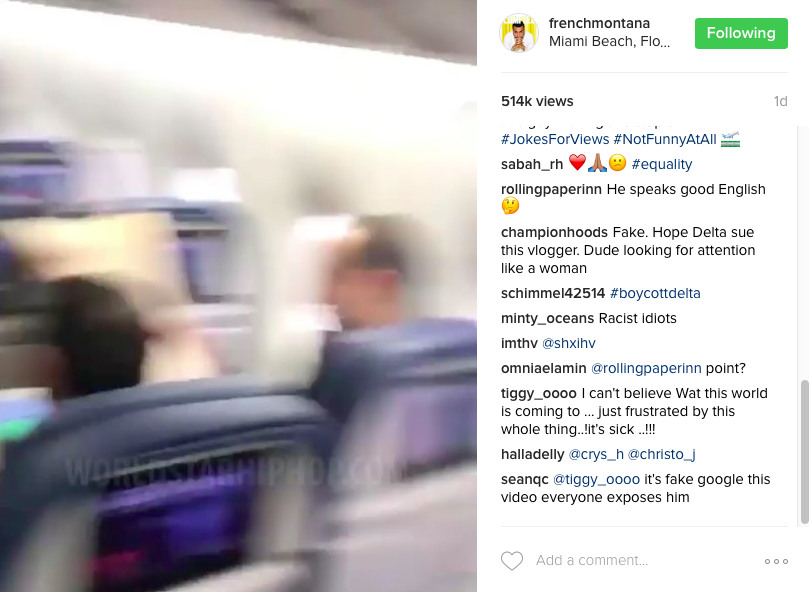 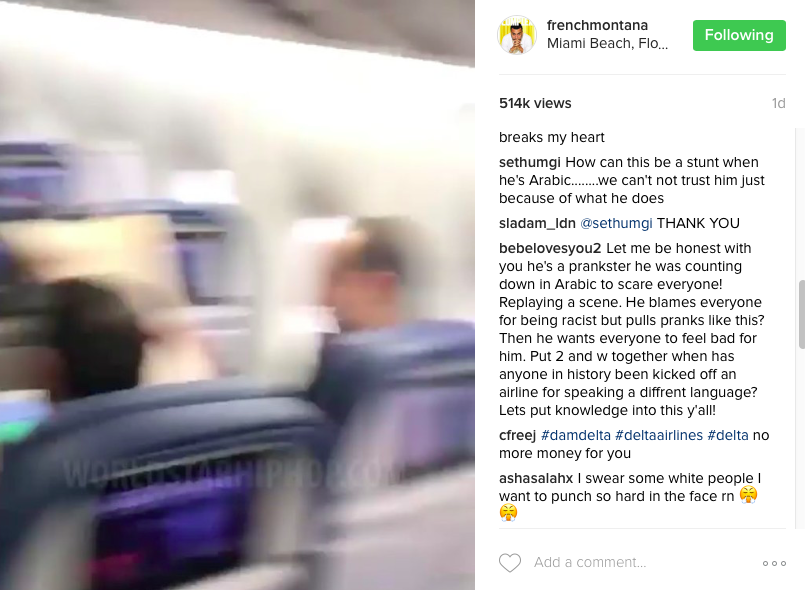 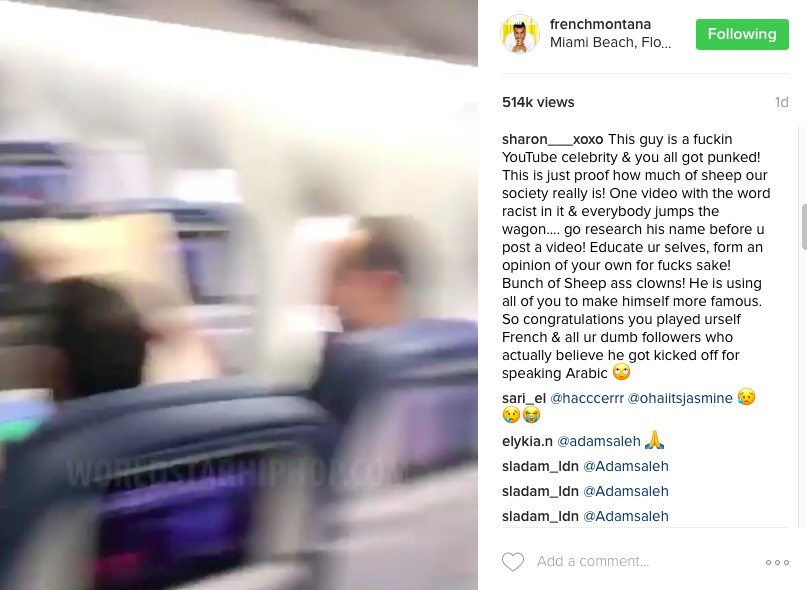 Yesterday (December 21), Montana announced he would no longer fly Delta Airlines over Saleh getting kicked off a flight. 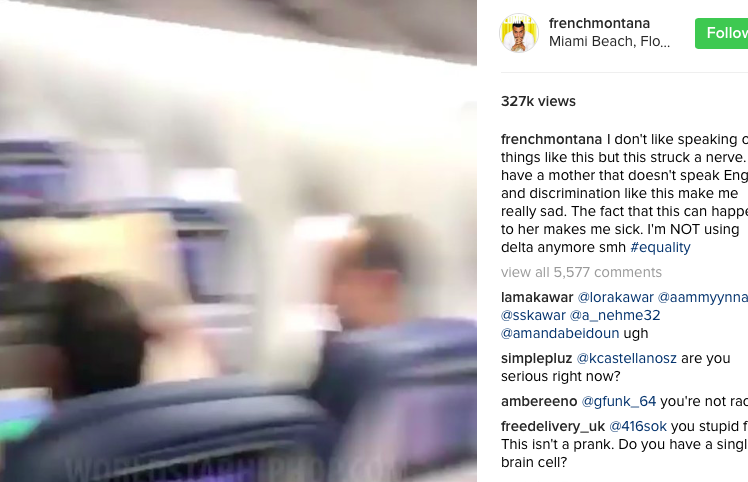 We got kicked out of a @Delta airplane because I spoke Arabic to my mom on the phone and with my friend slim… WTFFFFFFFF please spread pic.twitter.com/P5dQCE0qos

NEW VIDEO IS HERE!!#BoycottDelta
THANK YOU EVERYONE WHO SPOKE OUT! RT https://t.co/gZNEdYF8Ye

Tensions flared after Saleh found himself in an argument with another passenger for speaking Arabic over English in a phone conversation with his mom.

He said when he was speaking to her, a woman in the seat in front of him turned around and told him he ought to speak English. Saleh said he told her he can speak whatever language he likes, and her husband responded by standing up and screaming at him. Then about 20 people allegedly said they were uncomfortable with Saleh and his Arabic-speaking companion. The pair were approached by the captain, who Saleh said “seemed ashamed and embarrassed” when he asked them to leave the plane because of the other passengers’ complaints. (CBS News)

Delta almost immediately issued a statement regarding what went down amid the viral controversy.

“Maintaining a safe, comfortable and orderly onboard environment is paramount for every flight and requires the cooperation of all of our customers in conjunction with adherence to directions from our crew members. This is a Delta policy and is required by U.S. regulations as well as others governing aviation worldwide. Two customers were removed from Delta flight 1 departing London-Heathrow today after a disturbance in the cabin resulted in more than 20 customers expressing their discomfort. We have spoken with the customers who were removed; they were rebooked on another flight. Plans are in place to immediately speak with our crew and other passengers when the flight lands this afternoon. We will provide an update once we have more information.” (Statement)