Huh? DONT YOU EVER PLAY YOURSELF lol https://t.co/cZqobZjT2g

Trendy Tuesday. It’s a day to get with the trends SOHH why not start it off with French Montana fact-checking a fan? Speaking of fact-checking, how about Iggy Azalea explaining the essence of “Becky” for all her fans? With fans on your mind, how about Oklahoma City Thunder star Russell Westbrook having to shut one up? All this coming up in SOHH Whatcha Think.

Do hip-hop artists need to correct fans on social media? Is there any doubt plenty of New York rappers have had some shine in the Big Apple club scene since 50 Cent? French Montana thinks so. Check out his Twitter page: 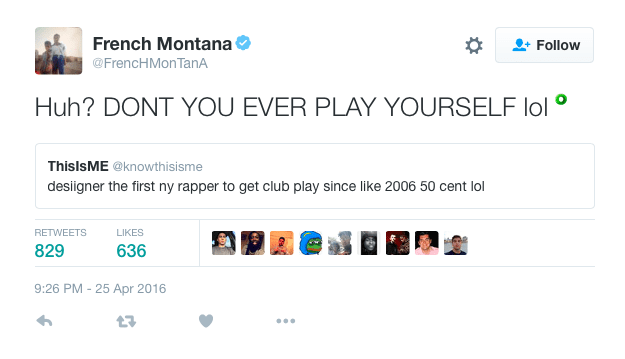 Do you agree with him? Can you think of other big New York rap stars? Should French Montana have wasted his time responding? #SOHHWhatchaThink?

Has this “Becky” stuff gone too far? It has if you think you can get away with calling Iggy Azalea “Becky” on social media. Iggy Azalea explained her issues on Twitter: 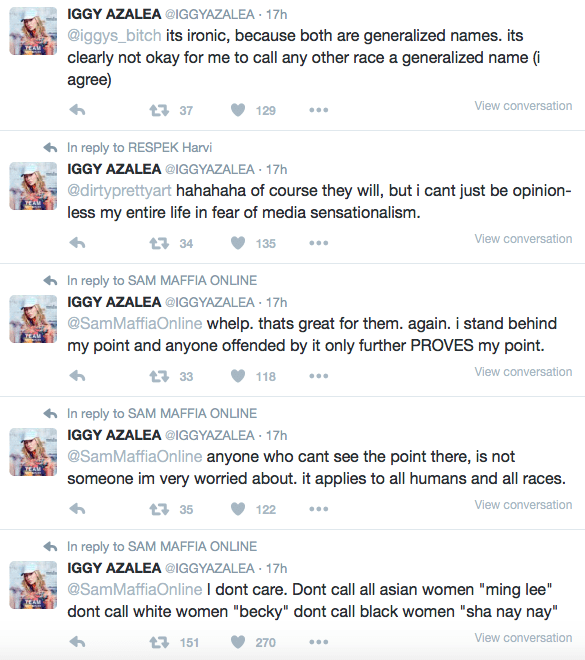 Do you agree with her? Is Becky as disrespectful as Iggy makes it out to be? Will the Becky-ness die down anytime soon? #SOHHWhatchaThink?

Remember when athletes used to be role models? With the age of technology and social media, you’re getting way too much personal info on these superstars. Russell Westbrook had a moment and it’s pretty dicey. IAmAkademiks is on it:

Did he show no chill? Should fans expect to get bashed if they bring it upon themselves? Did Russell lose his cool? #SOHHWhatchaThink?