According to reports, Montana spent stacks on Iggy and pals for an international trip last weekend.

Sources close to both rappers tell TMZ … French dropped $60k for a private jet and flew Iggy and some friends to Cabo over the weekend. We’re also told Iggy and French shared a room in the oceanfront home they rented. French and Iggy have been kickin’ it nonstop since hanging out in Vegas last month, where they reportedly cut a new track together. Sources say they’ve also been going on a few dates in L.A. (TMZ)

Pictures have surfaced of the rumored overnight couple kissing in bathing suits.

Last weekend, a picture had gone viral of French and Iggy looking like more than just rappers.

It looks like #FrenchMontana X #IggyAzalea are enjoying each other's company out in Cabo #BaeWatch 👀? (view previous post)

On Saturday (August 27), Montana revealed their international status through Instagram. 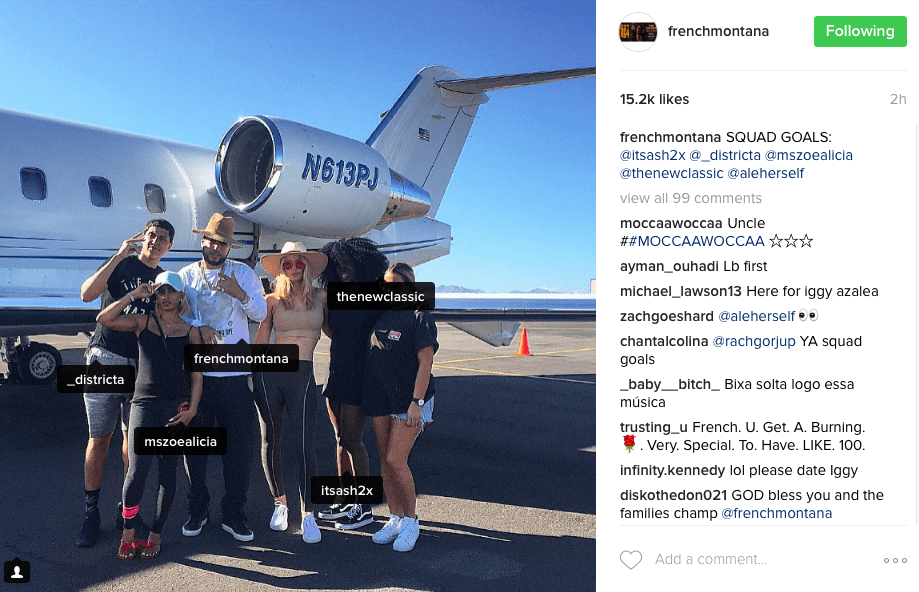