Bad Boy Entertainment’s French Montana has dished out some knowledge on how to be successful to social media followers this holiday weekend.

French went to Instagram Friday (July 1) and gave fans some encouragement on how to be successful. 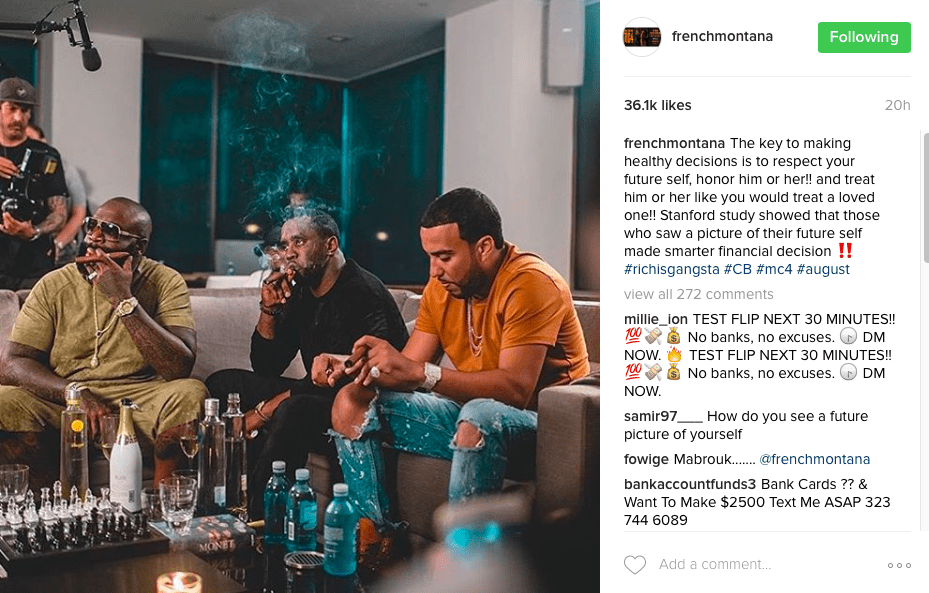 “She gave me that house like a million-and-a-half off. So I’m trying to find out what’s going on,” French said in an interview with talk show host Wendy Williams. “Actually, I’ve only been there once. I’m gonna try to stay for the end of the summer – [the home’s] still getting done. When she left it, there was a pink room, a purple room. It was crazy.” (“Wendy”)

French reportedly dropped over $3 million on the decked crib.

French Montana just scored with Selena Gomez … he bought her Calabasas home for $3.3 million … $150k under the listing price. Selena, repped by the Altman Brothers, put the Mediterranean pad on the market last year after stalkers kept showing up. The 5 bedroom, 6 bath home is in the same neighborhood where French’s ex Khloe Kardashian lives, which makes this an interesting move on his part. (TMZ)