Bad Boy’s French Montana has a major update for every Max B fan. This week, the New York rapper revealed he has a new collaboration with the Wave God, The Weeknd and producer Harry Fraud.

In a new interview, French broke the news and promised the collabo would live up to its own hype.

“It’s me, The Weeknd and Max B. Yeah, it’s my second joint. It’s called “Allah.” It’s about the wave, the wave culture. Yeah, so we got me, Max B and The Weeknd and Harry Fraud on the beat. I have this thing with Max B, it’s like my favorite song he ever did that we never put out then I played it for [Weeknd] and I knew he was going to say you cannot drop this without my vocals and he did it. I did my vocals and it’s a smash. We shooting the video tomorrow and it’s dropping really, really soon. Harry Fraud on the beat. It’s like the dream combo for every wave fan. Everybody who follows the wave, it’s like a dream combo. Me, Max B and Harry Fraud and The Weeknd. You ever heard Phil Jackson and the triangle offense? Fantastic Five.” (MTV News)

A few days ago, French hinted at something going down at Sunday’s Hot 97 Summer Jam concert with Max B. 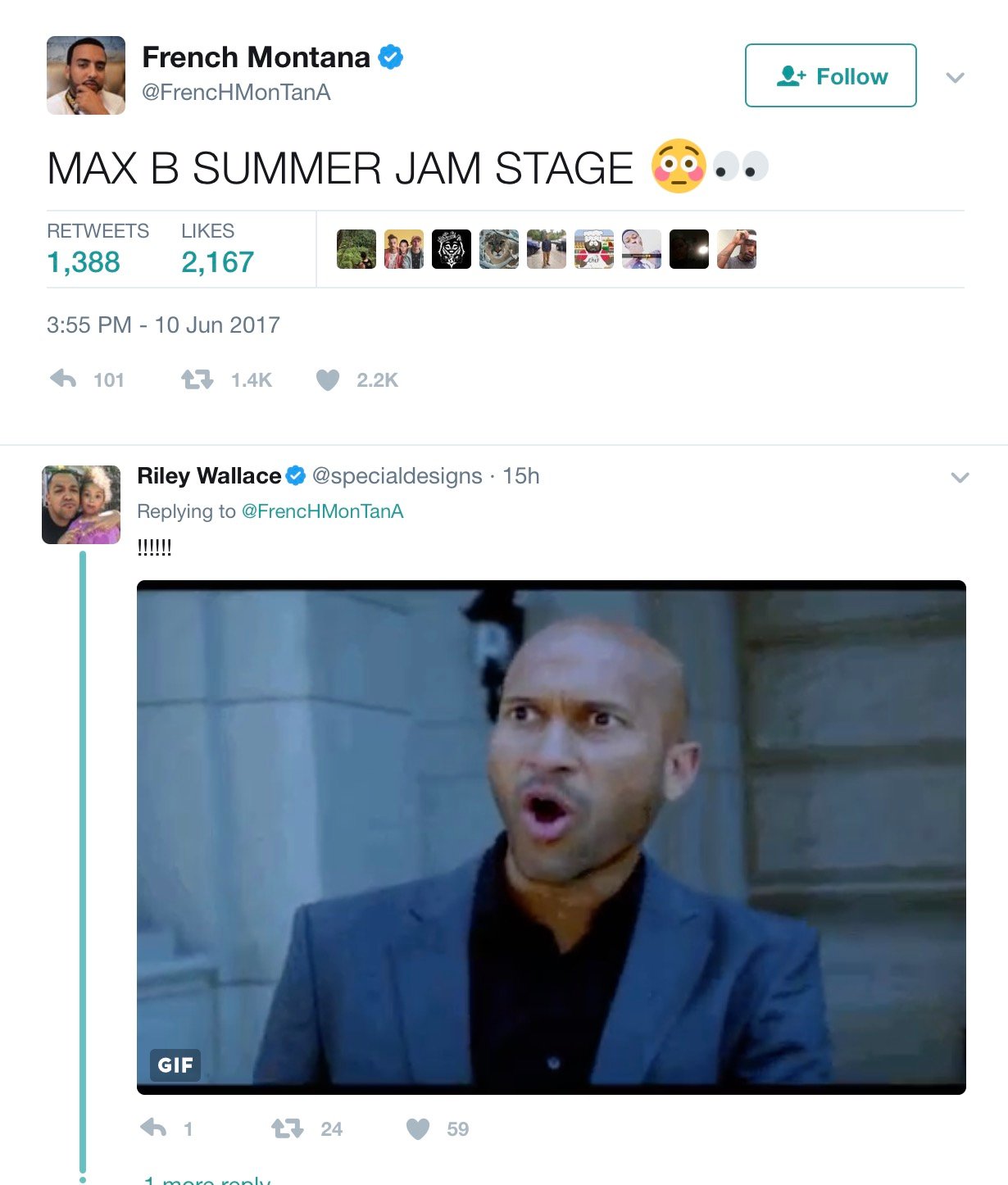 Back in April, French reflected on his long relationship with Max. 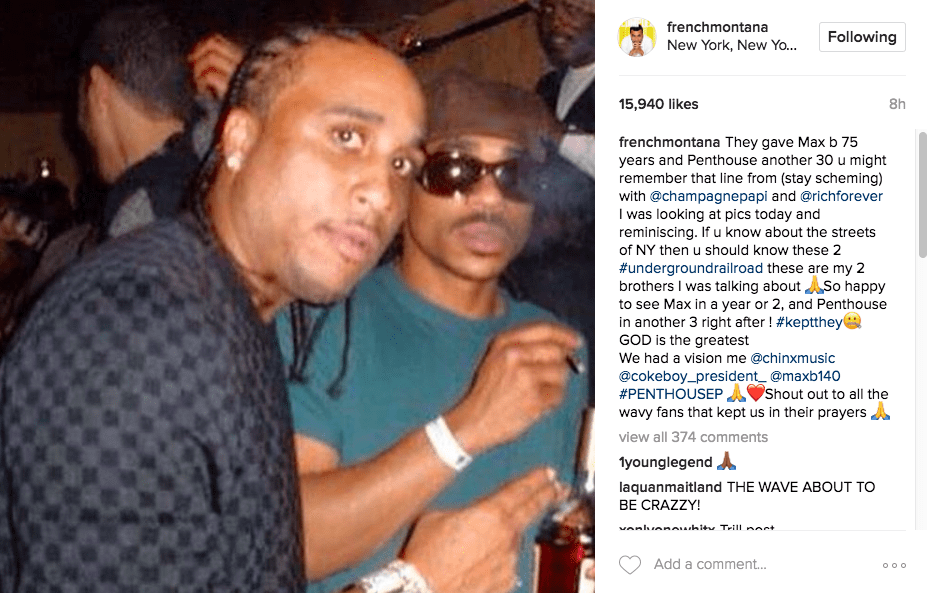 Days prior, French went to IG and showed off a pic of himself alongside Max’s mom. 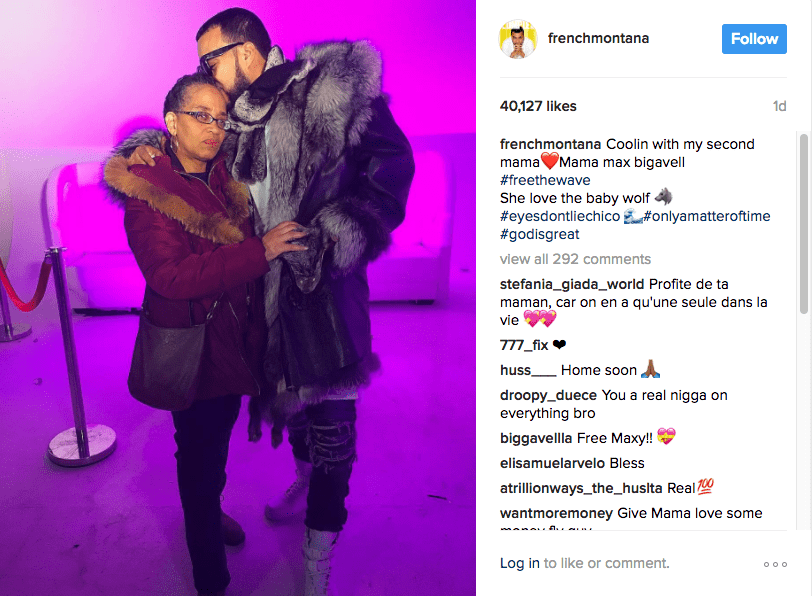