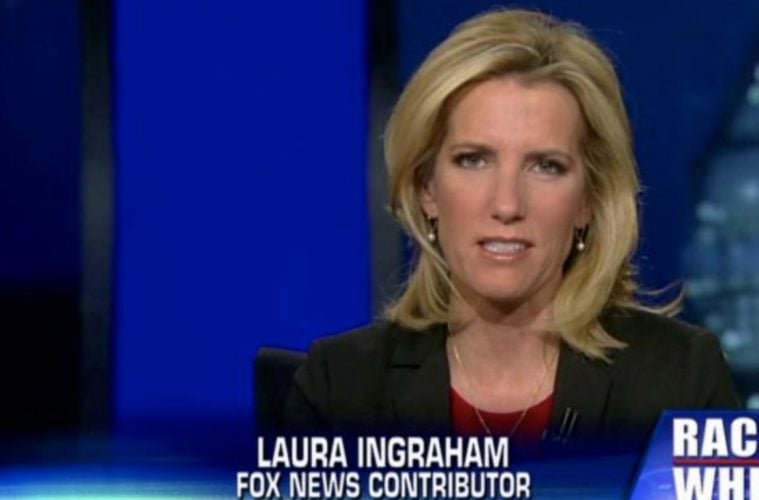 According to reports, more than 10 advertisers have either pulled away or completely dropped running commercials on Ingraham’s weekday show.

About a dozen advertisers, generally skittish over any social media backlash, have responded by saying they are not running commercials in the show or have canceled future plans to do so. Most are moving their ads to other programs on the Fox News schedule, according to a person familiar with those discussions. Other defectors include Nestle, Johnson and Johnson, TripAdvisor, Nutrish, Expedia, Jos. A. Bank and Hulu, the streaming video service that is one-third owned by Fox News parent 21st Century Fox. (Los Angeles Times)

The controversy started earlier in the week when Ingraham blew some serious smoke at David Hogg on Twitter.

David Hogg Rejected By Four Colleges To Which He Applied and whines about it. (Dinged by UCLA with a 4.1 GPA…totally predictable given acceptance rates.) https://t.co/wflA4hWHXY

Rather than stay mum or go silent, Hogg clapped back at Ingraham by encouraging advertisers to boycott her show.

Soooo @IngrahamAngle what are your biggest advertisers … Asking for a friend. #BoycottIngramAdverts

Once advertisers started to rumble, Ingraham issued a public apology.

As news of the boycotts began coming out on Thursday, Ms. Ingraham apologized. “On reflection, in the spirit of Holy Week, I apologize for any upset or hurt my tweet caused him or any of the brave victims of Parkland,” she said, extending an invitation for Mr. Hogg to appear on the show. Mr. Hogg said he was unimpressed by the apology. “She only apologized after we went after her advertisers,” he said. “It kind of speaks for itself.” (New York Times)

Any student should be proud of a 4.2 GPA —incl. @DavidHogg111. On reflection, in the spirit of Holy Week, I apologize for any upset or hurt my tweet caused him or any of the brave victims of Parkland. For the record, I believe my show was the first to feature David…(1/2)

… immediately after that horrific shooting and even noted how "poised" he was given the tragedy. As always, he’s welcome to return to the show anytime for a productive discussion. WATCH: https://t.co/5wcd00wWpd (2/2)

Hey there! We appreciate our clients' feedback on this, and we can confirm we're no longer advertising on Laura's show.

We’d like to confirm that we are no longer advertising on Laura Ingraham’s show and are monitoring all of our ad placements carefully.