West Coast rap icon Ice Cube is back and running. The hip-hop veteran has signed a new deal with Interscope Records.

The California native’s set to release his first project under the unexpected deal with Death Certificate: 25th Anniversary Edition. 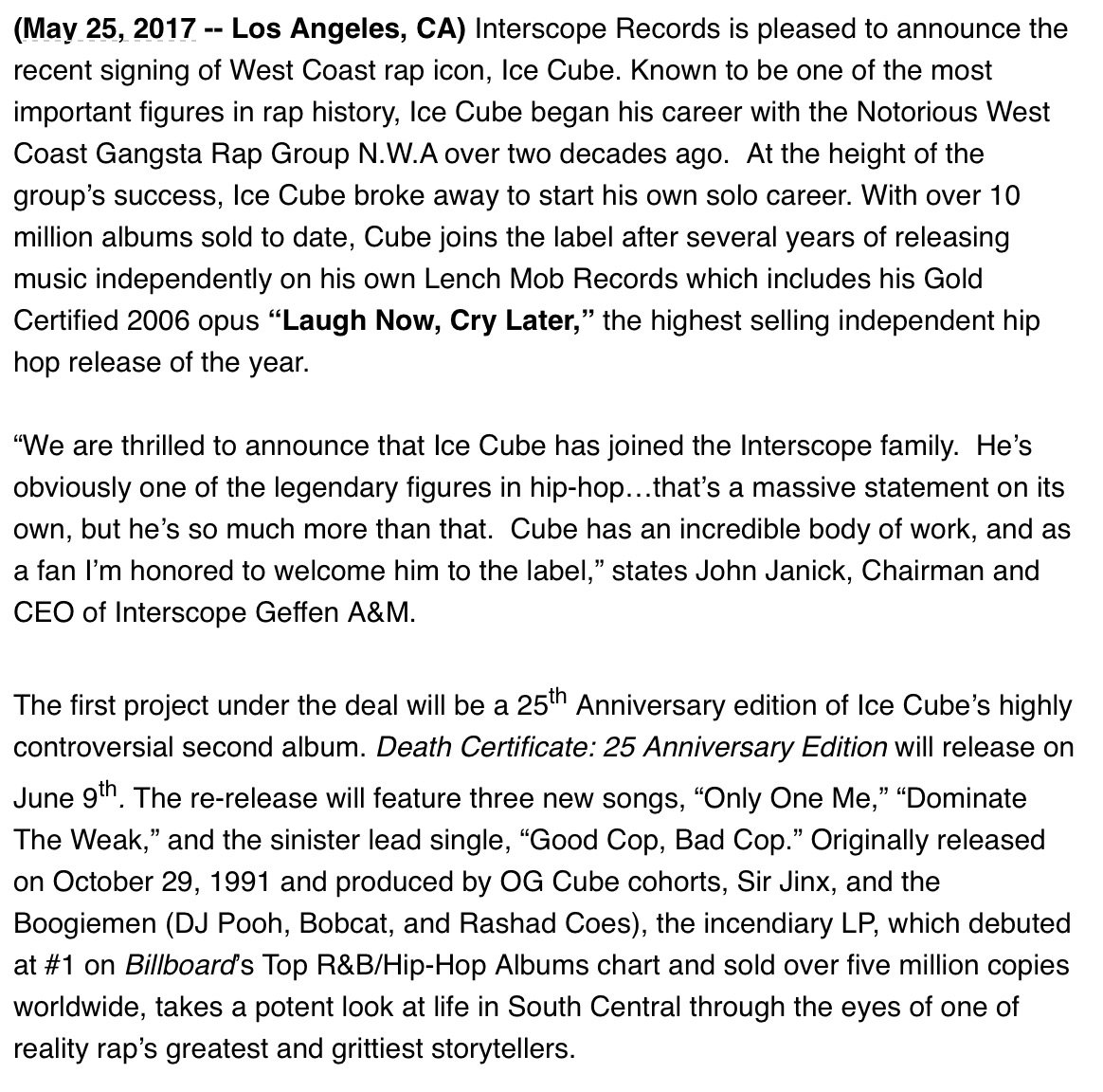 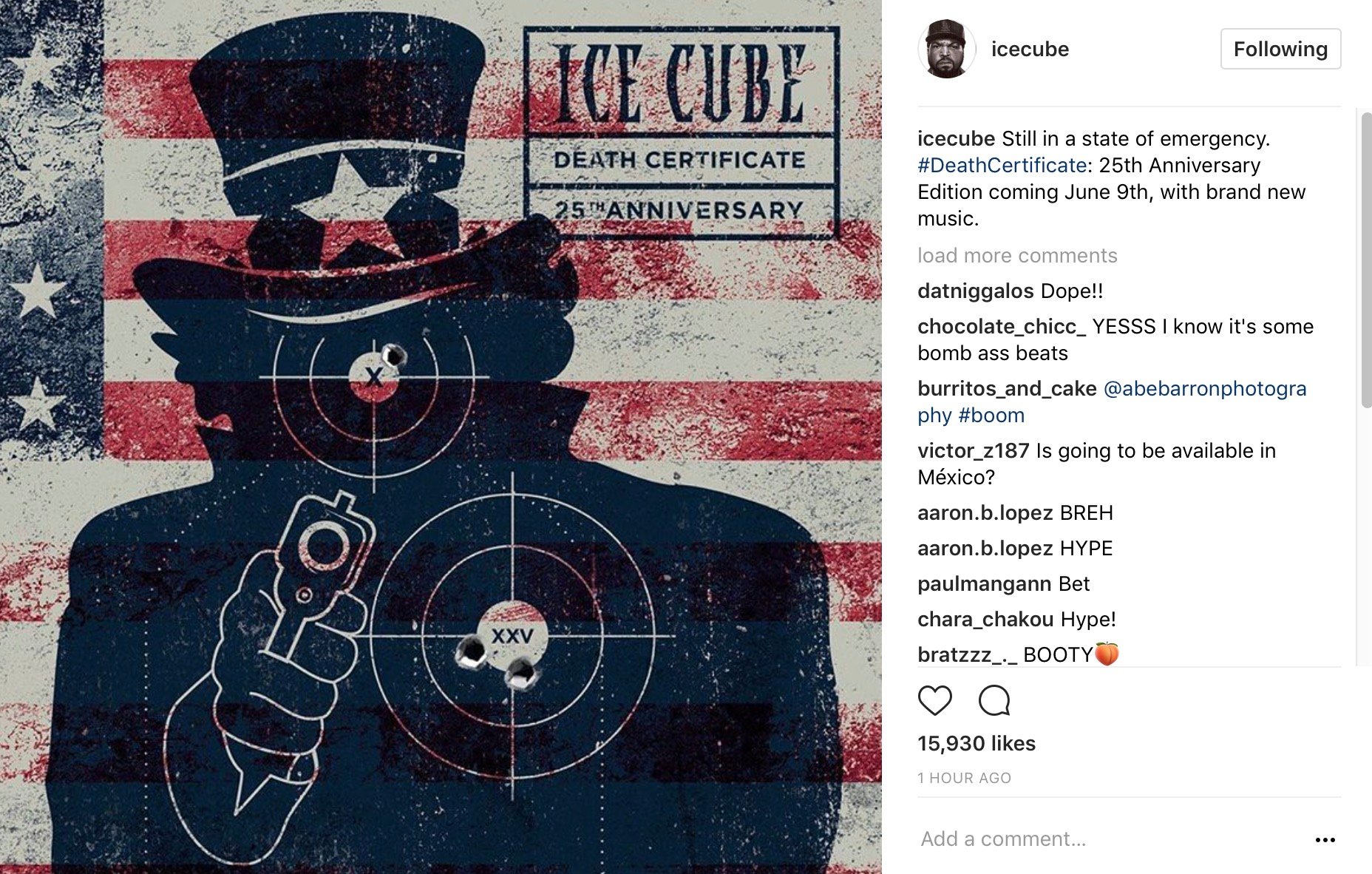 Ice Cube released his last solo album I Am The West studio album in 2010.