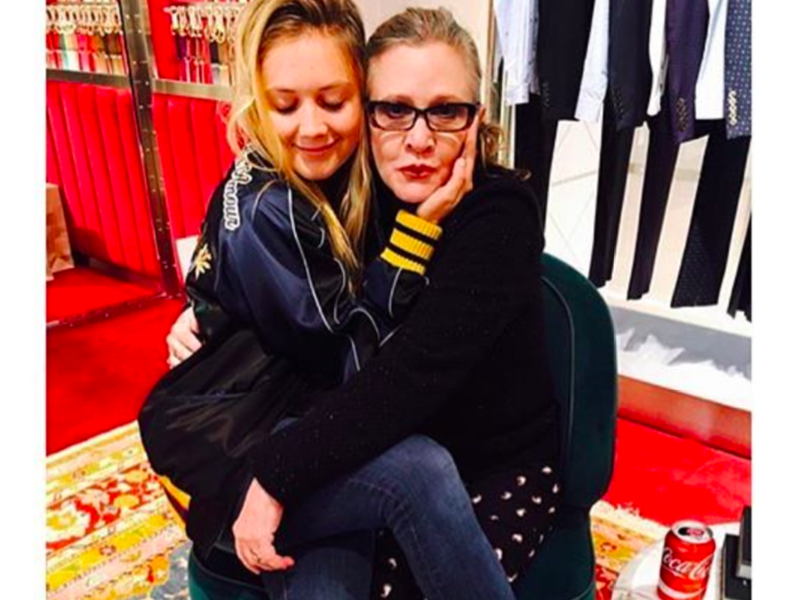 Hollywood’s biggest stars have come forward to remember the life of late actress Carrie Fisher. High-profile actors and actresses went to their social media pages to share their thoughts on the late Star Wars icon.

Rogue One: A Star Wars Story actor Forest Whitaker and a flurry of other celebs spoke on the impact Fisher’s passing had on them.

R.I.P #CarrieFisher. Worst Christmas week ever. Princess Leia will live on and on

Very saddened to see another beautiful light leaving us too soon. RIP #CarrieFisher. May you continue to be held in Gods warm embrace. pic.twitter.com/FMV3PRtksP

The fact that "Postcards From The Edge" inspired me even more than "Star Wars" is really saying something. #CarrieFisher

She was the kindest coolest smartest and most encouraging person I ever met in Hollywood. I adored her. Goodbye Carrie. #CarrieFisher

RIP #CarrieFisher. Another horrible loss. Witty, outspoken, wry critic of the bullshit of her industry. I love Leia but loved Carrie more.

Carrie Fisher- what a hard, wild, exciting, fun, teaching life you led. Sorry you've left but may the Force be with you. RIP #carriefisher

Princess Leia is dead, Trump is president, Kanye's hair is blonde AND pink. I feel a great disturbance in the Force. #CarrieFisher

RIP #CarrieFisher. May the force be with you always… 😔

#CarrieFisher, your loss is felt by millions…You were an icon—for your advocacy work for mental health, for comedy, for hope, for adventure! pic.twitter.com/pvviqsd7N8

This hit me hard. One of my iconic childhood heroes has passed. Thank you for Leia, and for that lovely sense of humor. #CarrieFisher pic.twitter.com/f5EvU6N05h

She did so much to distigmatize addiction. RIP princess. #CarrieFisher

Carrie Fisher gave me one of my first heroes and so much more. Princess. Artist.Writer. Queen. Commander. Loved her. #CarrieFisher

Just had to pull over on the side of the highway, to shed a tear for #CarrieFisher. Still one of… https://t.co/PTnusx9q1g

Sadness and thoughts for icons of my time. RIP #CarrieFisher #georgemichael

#CarrieFisher is gone and the world feels immediately dimmed. Like Bowie, she surprised us with late revelations then left us too soon

#CarrieFisher was so witty and provocative and unrelentingly interesting. Goddamn, I loved her. Everyone did.

Crying on the subway. We loved you, Carrie. So much. Can't believe it. Horrible, horrible year. #CarrieFisher

Heartbroken to hear #CarrieFisher passed away. I was truly rooting for her to pull through. Such a fighter and inspiration. RIP Princess 🙁 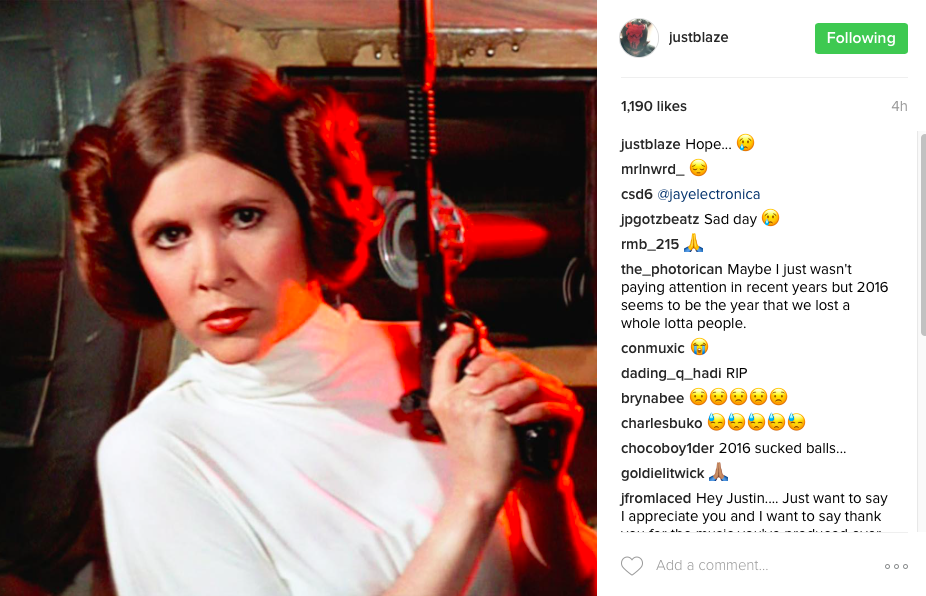 Family spokesman Simon Halls released a statement to PEOPLE on behalf of Fisher’s daughter, Billie Lourd: “It is with a very deep sadness that Billie Lourd confirms that her beloved mother Carrie Fisher passed away at 8:55 this morning,” reads the statement. “She was loved by the world and she will be missed profoundly,” says Lourd. “Our entire family thanks you for your thoughts and prayers.” (People)

A few days ago, Fisher received medical attention after suffering a heart attack aboard a flight going to Los Angeles.

TMZ broke the story … Fisher was on a flight from London to LAX Friday when she suffered the heart attack 15 minutes before landing. People on the plane tell TMZ she appeared lifeless. A passenger who’s an EMT performed CPR on Carrie and once the flight landed, paramedics rushed her to UCLA Medical Center where she remained in intensive care until her death. (TMZ)