Retired boxing champion Floyd Mayweather is not done with Conor McGregor. The sports icon has gone to social media to troll the UFC superstar.

Money Mayweather hopped on Instagram Thursday (December 15) with footage of McGregor getting whooped and encouraged followers to caption it. 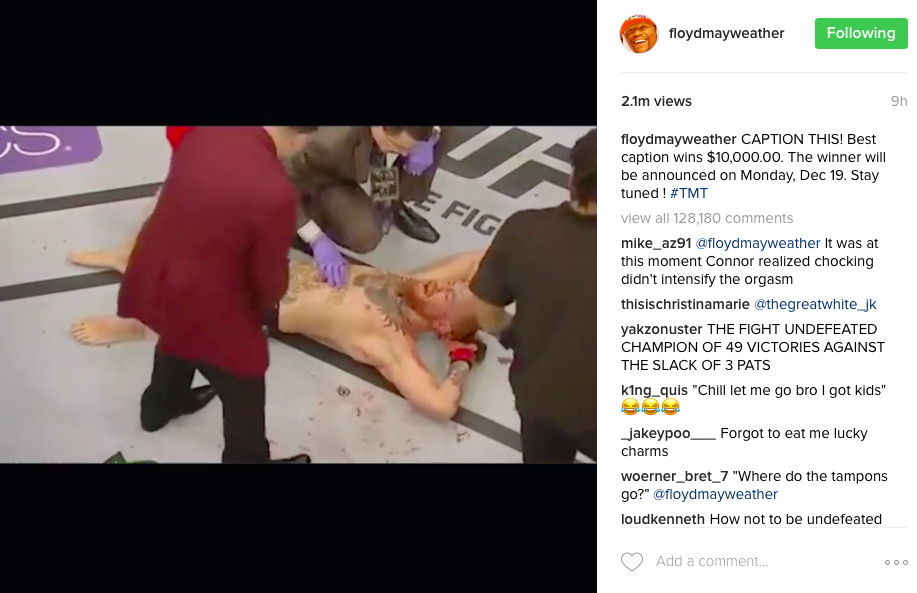 A few weeks ago, Conor made headlines after landing a California boxing license.

“He got a license today and a federal ID,” California State Athletic Commission executive officer Andy Foster confirmed with MMAFighting.com. “He’s a California boxer now.” This news comes just days after the UFC unceremoniously stripped McGregor of his 145-pound title, which he won less than 12 months ago, and named Jose Aldo the new champion. He remains the UFC lightweight champion. (MMA Fighting)

After Conor McGregor got his boxing license in California Wednesday, Westgate has opened odds for a Mayweather-McGregor boxing match.

👀 Conor McGregor was issued a boxing license on Wednesday….

THIS JUST IN: Conor McGregor has been issued a professional boxing license in California. (via Brett Okamoto)

During a recent press conference for UFC 205, McGregor did not hold back the possibility of getting Mayweather to fight him.

Conor McGregor with the line of the night. #UFC205 https://t.co/sQAQU4fG38