According to Mayweather, he did not ask 50 to troll Rousey in his honor following a publicized UFC defeat.

“That’s not true at all. I haven’t really spoke to anyone about the Ronda Rousey situation, just to set the record straight. I don’t have anything against MMA fighters. It’s just like boxing; you win some, you lose some. A true champion can take a loss and bounce back,” stated retired undefeated former pound-for-pound king Floyd Mayweather, who denied reports claiming that he told long-time associate 50 Cent to make fun of Ronda Rousey in the wake of her 2nd round knockout loss to newly-crowned UFC women’s bantamweight champion Holly Holm. (Fight Hype TV)

Check out what else Floyd Mayweather Jr. said on the next page…

Mayweather has also come to her defense in light of the widespread viral bashing. 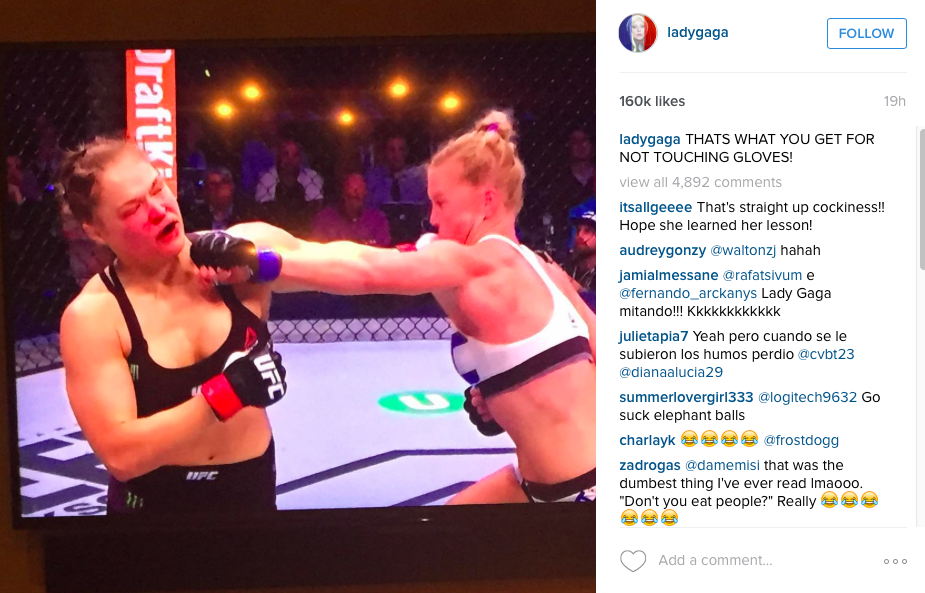 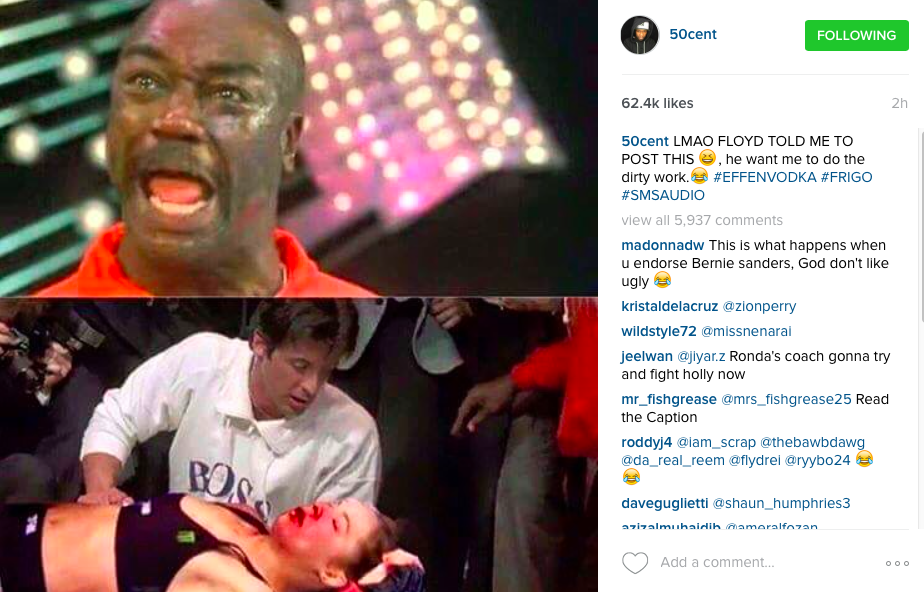 Roused fell from grace after a second round knockout from fighter Holly Holm Saturday (November 14) night.

The 28-year-old MMA fighter was defeated barely under one minute into the second round during her UFC 193 fight with her opponent on Saturday. Holm, 34, delivered a swift kick to Rousey’s head and down she went. Her loss is being touted the biggest UFC upset in history. (E! Online)