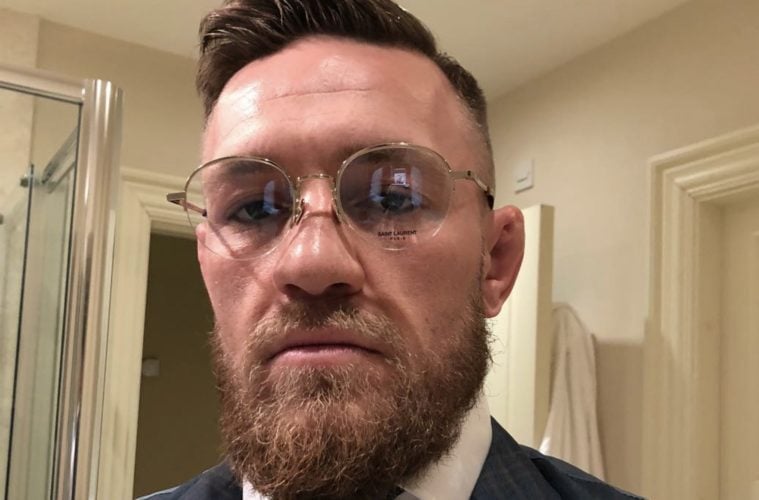 UFC superstar Conor McGregor took his talent to South Beach and landed in handcuffs. New reports claim the MMA fighter found himself in a scuffle with a fan.

According to reports, McGregor allegedly smashed the phone outside of Miami Beach’s Fontainebleau hotel.

According to the police report, obtained by TMZ, at around 5 AM Monday, the owner of the phone was walking out of the hotel at the same time as Conor and as the fan attempted to take a photo, Conor slapped the victim’s phone out of his hand, causing it to fall to the ground. McGregor then allegedly stomped on the phone several times, damaging it. According to cops, McGregor then picked up the phone and walked away with it. (TMZ)

Conor is reportedly being held on $12,500 bail and caught a robbery charge.

It’s unclear why Conor was outside the hotel at 5 AM, but it seems he and the fan were leaving LIV nightclub, which is inside the hotel. LIV closes at 5 AM. It appears Conor went to the Miami home where he was staying. The alleged victim subsequently filed a police report. Cops went to Conor’s home and arrested him just before 6 PM ET. (TMZ)

McGregor was arrested nearly one year ago in New York City after police said he attacked a charter bus carrying several UFC fighters, throwing a dolly through the window. The attack happened after a media day for UFC 223. He was initially charged with two felonies, but ended up pleading guilty to a disorderly conduct charge. His sentence: three days of anger management courses, and five days of community service. (Miami Herald)