Retired boxing icon Floyd Mayweather Jr. looks like he’s going to give Conor McGregor the beatdown of a lifetime. The polished fighter has treated the world to a sneak peek at his training.

Floyd went to Instagram Thursday (June 29) with a savage clip of himself putting in work at the gym. Music stars like Tank and Royce Da 5’9 have already weighed-in with their fight outcome predictions. 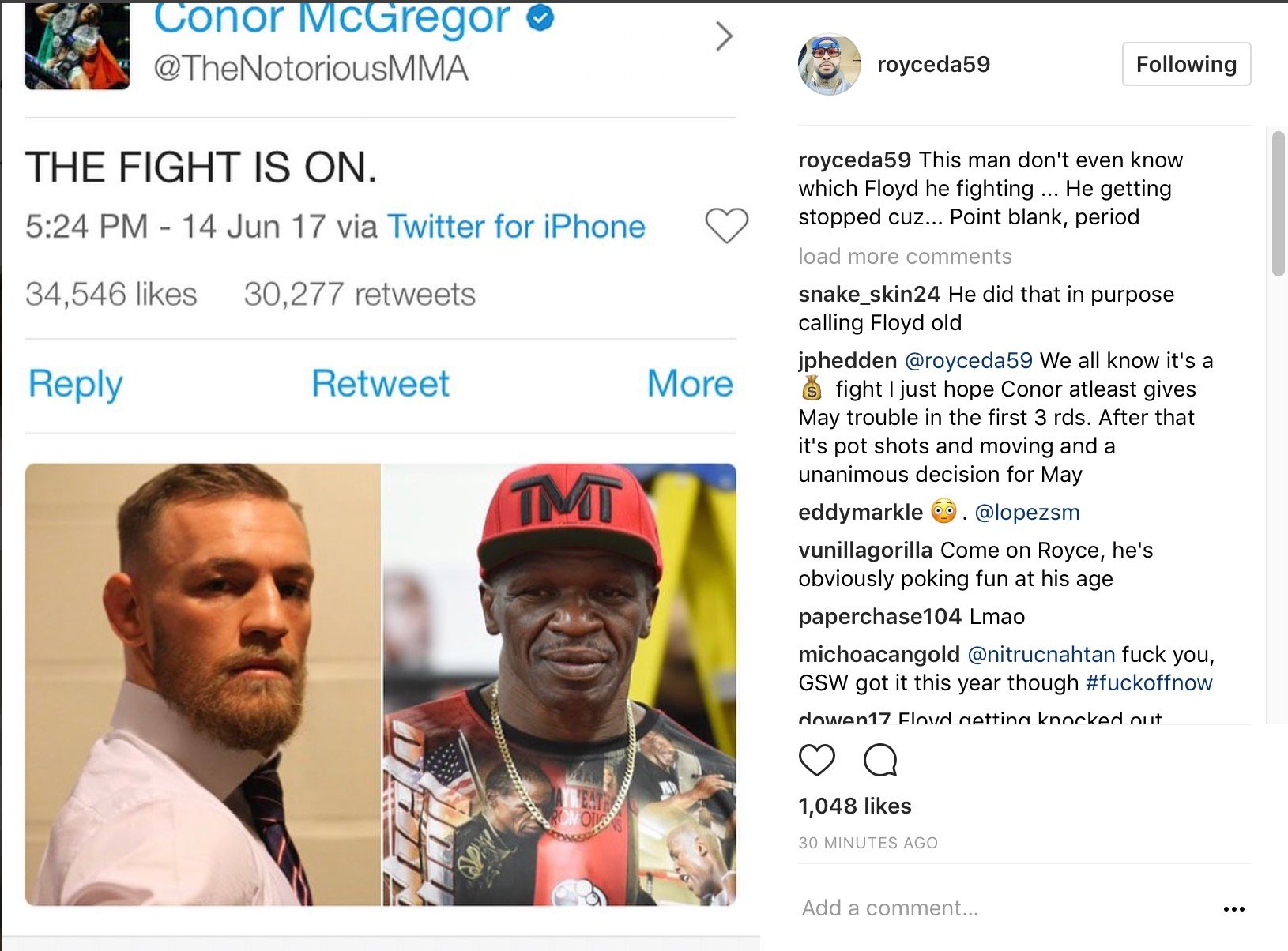