Footage has surfaced of Floyd joking about Soulja Boy joining the Money Team in preparation for the fight. 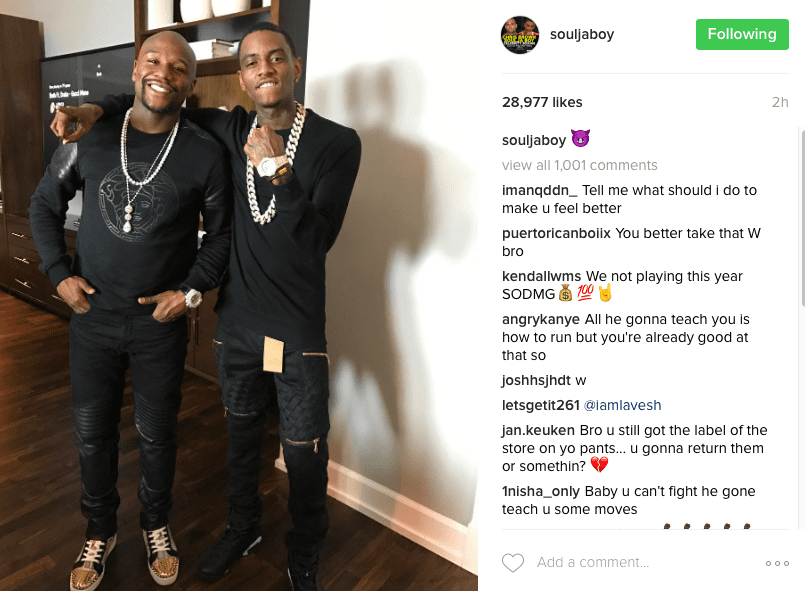 Yesterday, Soulja and Floyd’s pal 50 Cent boasted about the bout.

This is me trying to breaking up the Soulja vs. CB fight. LMAO that's what happen when you try to say sorry. 😆 Earlier the same day, Soulja Boy tossed up posts of himself training for the fight.