UFC superstar Conor McGregor is showing no chill toward the World Wrestling Entertainment fighters and continuing a viral onslaught on their careers.

“Ric Flair’s a legend,” McGregor said referring to former WWE stud. “This is the real thing over here. I think these WWE guys – they’re not right in the head, some of them. I mean, the new wave are dweebs. Let’s be honest here. They’re absolute dweebs. The old school guys I like. Ric Flair’s a legend, Vince McMahon, of course, dons. … What’s the main guy? John Cena. He’s 40. He’s 40 years of age. He’s walking around in a luminous orange t-shirt and a headband talking about nobody can see him. We can see him right there. He’s a big fat, 40-year-old failed Mr. Olympia motherf*cker, do you know what I mean?” (MMA Fighting On SBN)

A few days ago, Conor sparked tensions after calling out the WWE roster.

I didn't mean no disrespect to the @wwe fans. What I meant to say was that I'd slap the head off your entire roster. And twice on Sunday's.

Your the size of my leg. Shut up. https://t.co/fBVEdf8hE1

very funny little guy. Why don't you get your head out of Dana White's ass

Never heard of him. https://t.co/uYFFbp25bK

Back in June, R&B singer Rihanna hooked up with Conor. 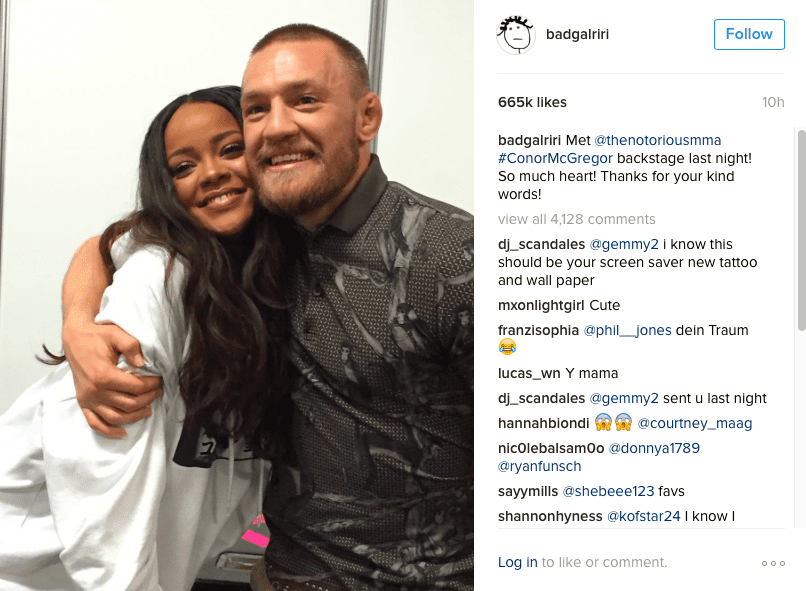 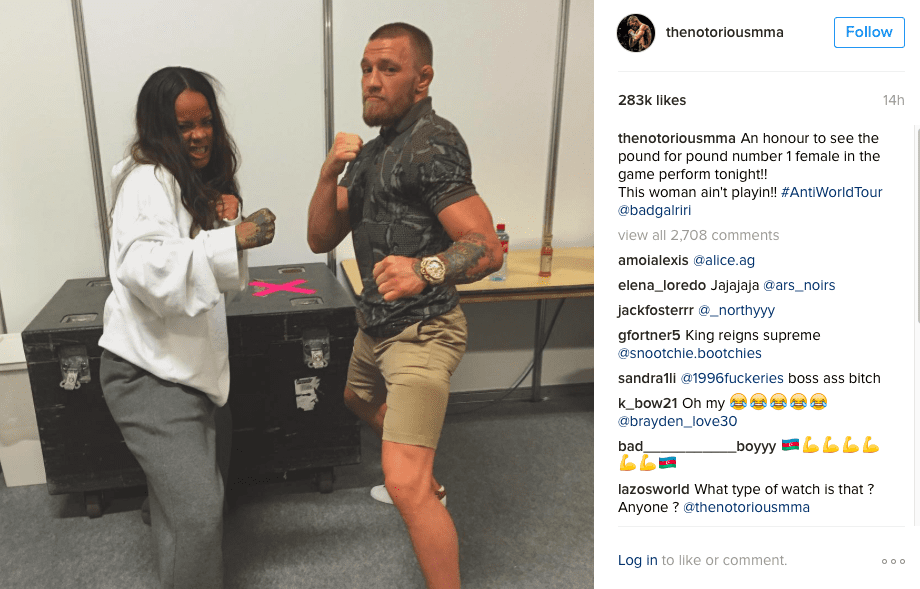 In late May, retired boxing champion Floyd Mayweather, Jr. teased fans with a promotional advertisement featuring himself and McGregor. 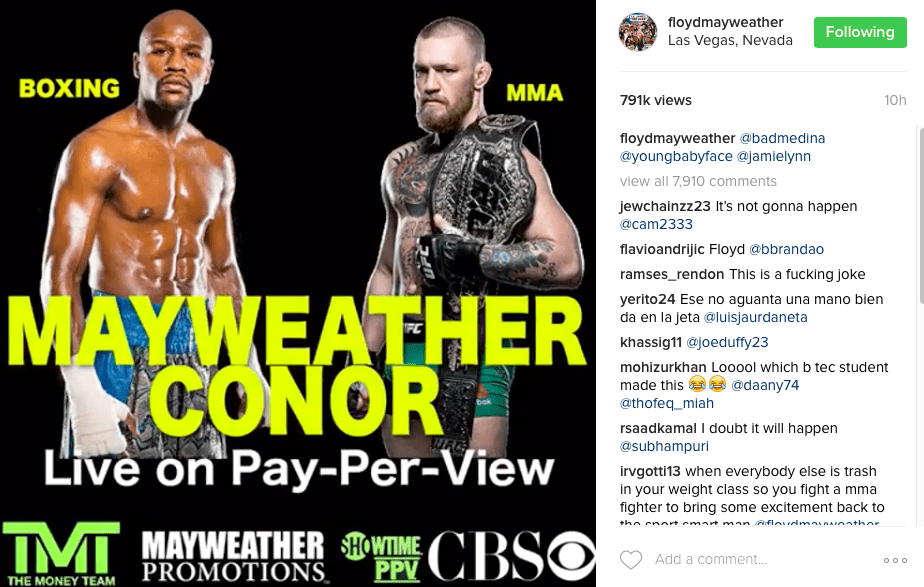