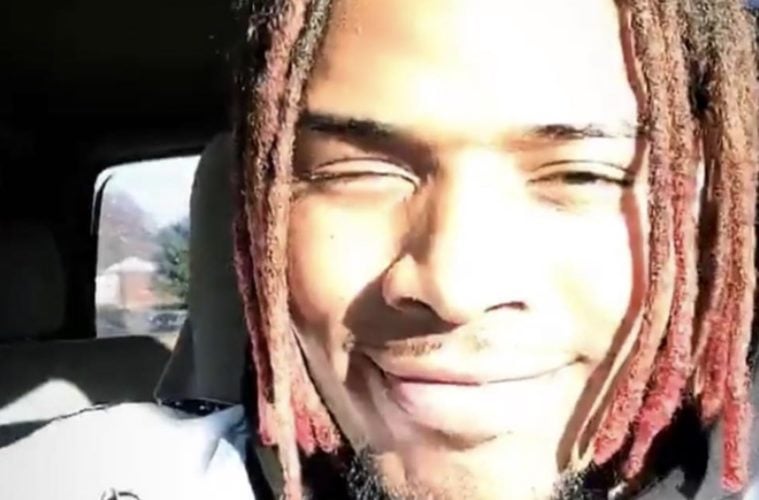 New Jersey rapper Fetty Wap isn’t here for the drug rumors. The hip-hop star has come forward to clear the air on a pic of himself with a white-looking substance around his nose.

Wap hit up his Instagram comments section last night (March 10) and stopped speculation about possibly having coke residue on him.

Fetty made headlines back in November after getting caught drag racing in New York.

The rapper, whose real name is Willie Maxwell, was spotted by police driving a black 2012 Mercedes CLS AMG westbound on the highway at a high rate of speed just after 1 a.m. He was clearly racing another vehicle near Hamilton Avenue, according to investigators. When Fetty was pulled over, police say he handed the officer a suspended New Jersey driver’s license. (ABC 7 NY)

Along with the drag racing charge, Wap also took an L for driving while intoxicated.

When the 26-year-old was stopped by police, he gave them a suspended New Jersey license, authorities said. He showed signs of being intoxicated, took a field sobriety test and failed. He was taken into custody. Wap faces 15 charges from Friday’s arrest, including driving with a suspended license, reckless endangerment and driving intoxicated. (North Jersey)