New York rapper Fat Joe would love to have Kyrie Irving suit up for his hometown Knicks but wants to see the former NBA champion play his cards right.

In a new interview, the diehard Knickerbockers fan believes Irving should stick with his Cleveland Cavaliers.

“Now if Kyrie’s coming [to the Knicks], that’s some real, fresh blood. But why would Kyrie leave the team that went to the Finals every single year? Like, why would you do that? [He wants to be the man guy?] Dumb. Completely dumb. … I take it back, Kyrie, we need you, we want you, we need your energy. The problem is – we have a problem. A huge problem. We see everybody else stocking up like this and we ain’t making no real moves – and we’re the richest team. … Why we can’t compete? We tired of being bums. … Kyrie Irving would definitely be an addition to the team.” (“The Breakfast Club”)

Saturday, during Barnes’ reception, Tee Grizzley’s “First Day Out” came on, the same song James used to pump himself up during an Instagram video on June 15. Curry has seen it, apparently enough to do his own version of James’ intense dance, poking fun at the NBA’s best player in the comfort of privacy and friends. (Page Six)

#stephcurry doing the #lebronchallenge whole #kyrieirving in the cut 😂. They were both at a wedding via @entertainmentforbreakfast 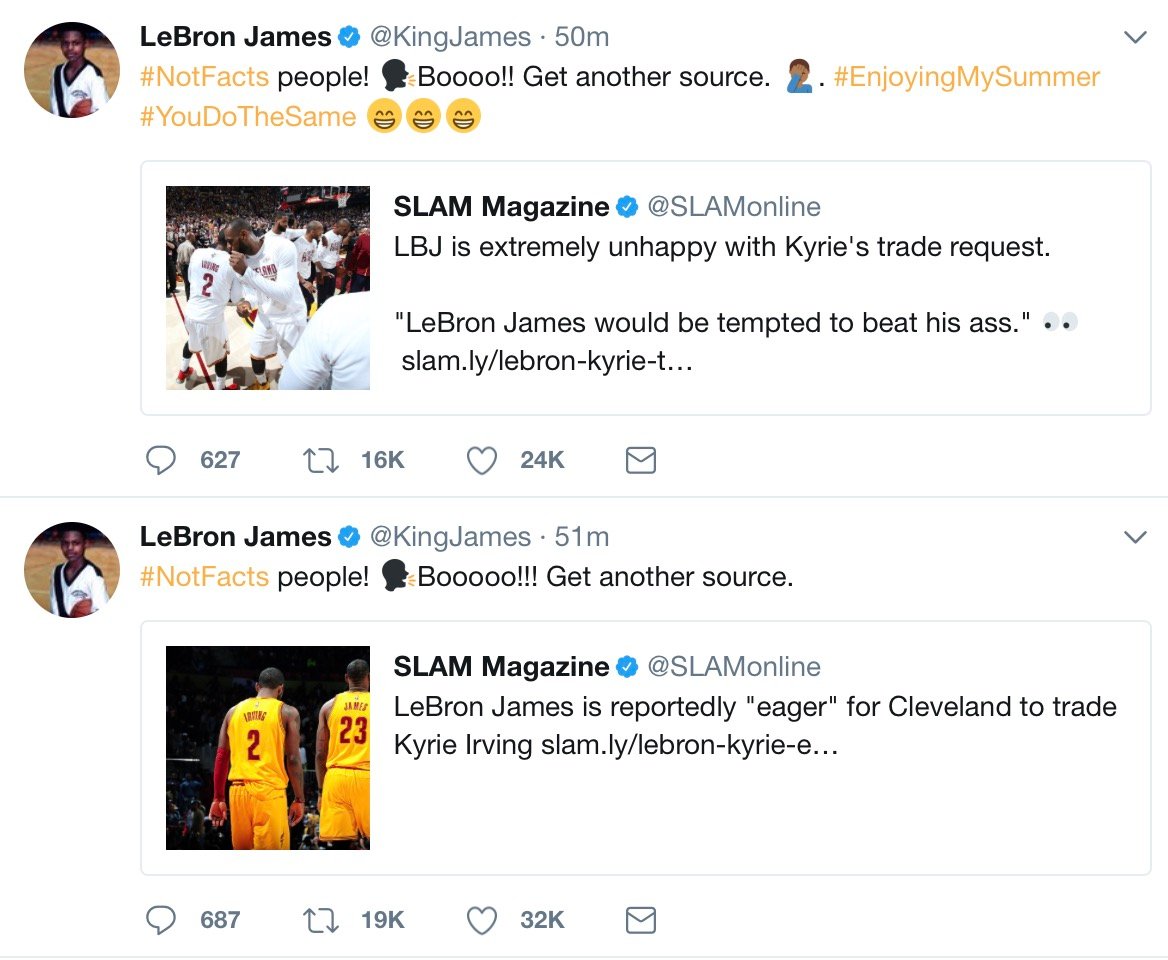 A few weeks ago, buzz developed about Kyrie allegedly wanting to get traded out of Cleveland.

Kyrie Irving requested a trade from the Cleveland Cavaliers nearly two weeks ago, going to management about no longer wanting to play alongside LeBron James. Irving’s trade request became public knowledge, however, on Friday. And ESPN’s Stephen A. Smith cited sources close to Irving’s camp who believe LeBron himself leaked his teammate’s trade request to the media. (SB Nation)