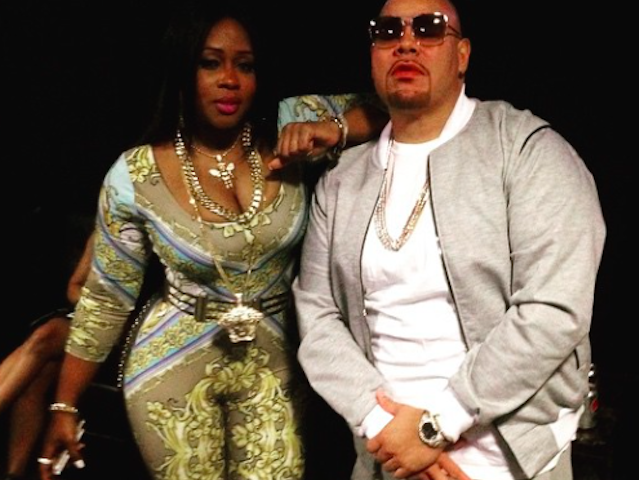 According to Joey Crack, Pap had some initial concerns about Remy traveling to Florida to work with him for two to three weeks.

“The fact with Remy, even Papoose, he turned around and was like, ‘Yo Joe…’ I’m telling Remy, ‘Come to Miami. Come to the studio. Come rock out.’ She got a husband now. She ain’t my little sister, back of the tour bus, she could just leave. She got a f*cking family, a husband. I don’t know what’s going on. So I gotta go to New York and turn up with her. I’m like, ‘Aight, I rented the studio, let’s go, let’s lock in. Come down.’ So by the second day, the n*gga Papoose said, ‘Yo Joe, you know what?’ I said, ‘What?’ He said, ‘My bad.’ I said, ‘What you mean?’ He said, ‘You know, this my wife. She telling me she gotta go to Miami and stay for two weeks or three weeks with Joe.’ I’m like, ‘What the f*ck that sound like?’ He’s serious. But he was like, ‘Yo, I been in here with you for two days and the sh*t you bring outta her, the sh*t y’all n*ggas get from each other. I get it. Y’all gotta be with each other. The chemistry is crazy.” (“Who’s Crazy?”)

Watch Fat Joe’s full interview on the next page…

Last month, the Terror Squad boss dished on plans to release a new project with Remy.

“Me and Remy just wrapped up a new album,” reveals Joe, who also has film projects in the works. “Just me and Remy. I’m super excited about that. The album is ridiculous. So we’ve been working musically like crazy.” The first single is called “All The Way Up” featuring Joe, Remy Ma and French Montana. As for the title, he has it, but he couldn’t give it away, despite wanting to. (HHW)

A few days prior, Joey Crack revealed a picture alongside Remy on his Instagram page.