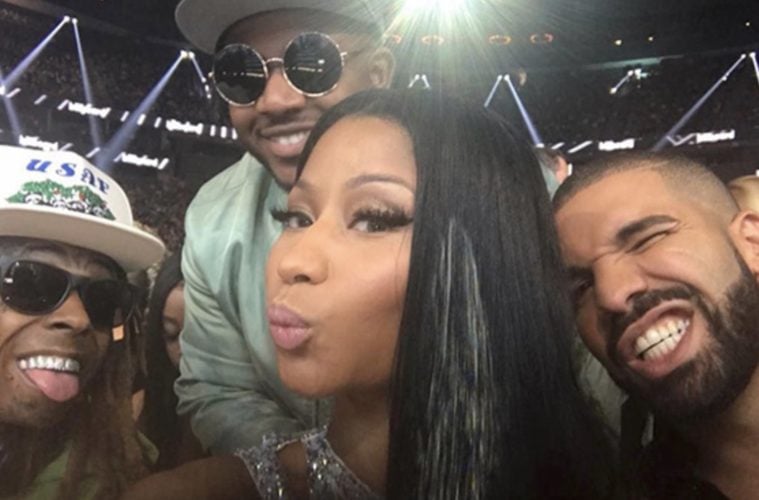 Young Money‘s Nicki Minaj has cemented her spot as one of the top female hip-hop figures to ever enter the game, and has collaborated with artists like Kanye West, Meek Mill and Lil Wayne. She’s been putting out good music since she dropped her debut album Pink Friday in 2010, which reached #1 on Billboard and was certified triple Platinum.

On the contrary, it seems like she’s needed some help staying relevant. Whether it is from beefing with other rappers or her newest bae, here are 5 Ways Nicki Minaj’s Remained Relevant W/ Major Assistance.

I looked at the numbers the Carters, Kanye, Nas, etc recently did. Travis sold 200K in his first week of clothes alone. I spoke to him last night & he said he’s been selling clothes b4 the music. Billboard says they’ll change the rules cuz of this, so it should be changed now!

Nicki’s most recent album, Queen, dropped on August 10th. It also happens that a week earlier, Travis Scott dropped the long-awaited Astroworld, which claimed the top spot on Billboard for two weeks in a row. Minaj has drawn a great deal of attention as she’s gone to Twitter to complain and accuse Scott of using his family (girlfriend Kylie Jenner and daughter Stormi Webster) and clothing merchandise bundles to boost album sales, despite having used a similar method with 6ix9ine’s recent single “FEFE”. Speaking of…

2. Working with Tekashi 6ix9ine then hanging with Drake.

Nicki collaborated with Tekashi on the single “FEFE”, which hit #3 on Billboard’s Hot 100. A music video for the song also dropped, which has accumulated almost 200 million YouTube views in less than a month. Several days after dropping the song, she posted a video with Drake where he seemed to be mocking 6ix9ine and “FEFE”. This ignited more issues, but in the end 6ix9ine just brushed it off on Instagram.

Nicki dated Safaree Samuels for 14 years until 2014, but it seems that since then she’s had some trouble going steady. Over the past two years, the rap mogul has dated three iconic stars – Meek Mill, Nas, and most recently and allegedly Eminem himself. There’s little doubt her relationships have been just for “attention”, but nobody can deny that at the least they’ve helped keep her in the spotlight.

Earlier this summer, Nicki Minaj randomly (yes, completely randomly) went pop with Ariana Grande on the track “Bed”. She went askew from her typical style, which is never a bad thing, but it’s hard to believe Nicki just decided to do a pop track with one of the world’s biggest pop stars. Also note she featured football star Odell Beckham Jr. in the video. However, it did turn out pretty well and was well-received by listeners’ ears.

Nicki has been beefing with fellow female rapper Remy Ma for several years now, and in early 2017 Ma dropped two diss tracks titled “Shether” and “Another One”. She shot back with the song “No Frauds”, but brought along Drake and Lil Wayne for some help. Weezy also helped her out on “Changed It”, another track that takes aim at Ma.