Fabolous Takes A Swing At Tiger Woods: “Drinking & Golfing, On My Tiger Sh*t”

New York rapper Fabolous throws punchlines both on and off the mic. The hip-hop veteran has sent some friendly shade toward professional golfer Tiger Woods.

Last night, Fab threw a jab at Tiger in light of his publicized DUI arrest. 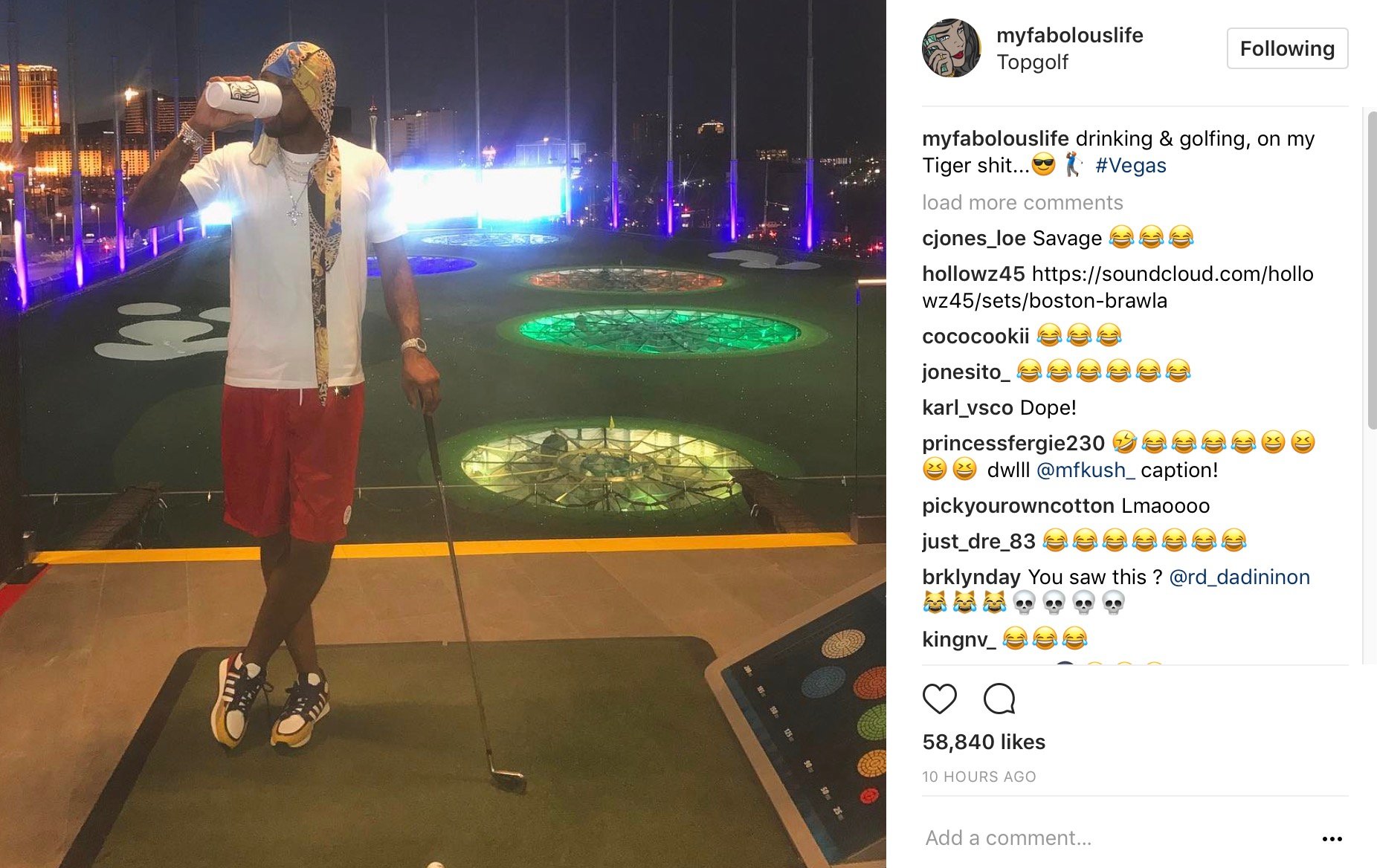 According to the police report released Tuesday, Woods failed a field sobriety test after police found him asleep in his car on the side of the road in Jupiter, Fla., the engine in his Mercedes running and the lights on. He was sluggish and struggled to keep his eyes open. He couldn’t walk on his own and didn’t know where he was. (USA Today)

The golf icon has since released a statement on what went down Monday night.

In a statement released Monday night, Woods had said alcohol was not a factor in his arrest, which he said stemmed from an “unexpected reaction” to prescription medication. “I understand the severity of what I did, and I take full responsibility for my actions,” Woods said in the statement. “I want the public to know that alcohol was not involved. What happened was an unexpected reaction to prescribed medications. I didn’t realize the mix of medications had affected me so strongly.” (ESPN)

Despite the headline-generating situation, Woods’ sponsor Nike has remained by his side.

Nike is keeping its sponsorship of golf pro Tiger Woods, after his arrest in Florida for driving under the influence. A spokesman told CBS News, “There is no change in our relationship with Tiger.” The golfer admitted to getting behind the wheel after taking a potent mix of prescription drugs. (CBS News)