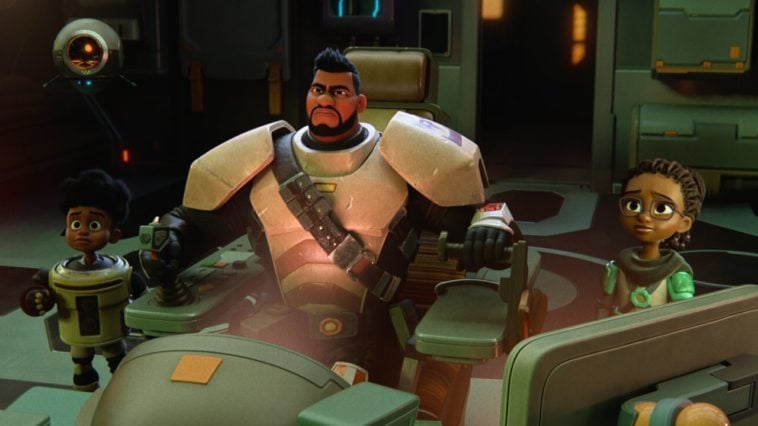 “My Dad, The Bounty Hunter”

The series mainly focuses on Lisa and Sean, two siblings who are whisked off by their mom to spend time with their father for Sean’s birthday weekend. After hiding away in his truck to surprise their father at work, they are surprised.

Lisa and Sean soon discover he’s not a truck driver but actually an intergalactic bounty hunter.

Over the course of the two episodes, the series, inspired by aspects of the creators’ lives and a plethora of classic coming-of-age stories, including ET and Stand by Me, is a welcome addition to Netflix’s catalog.

The visuals are immaculate, and the cast of characters introduced showcases a different slice of life within typical science fiction fare.

The series’ zany humor blends with the slightly darker theme, which will appeal to both children and older audiences.

Harpin described the way they managed it all as a balancing act:

“We kind of just feel it out,” Harpin said. “You definitely don’t want to go too far one way or the other, you want to have both.”

“There are moments when it’s supposed to be dramatic,” Downing chimed in. “It will be dramatic, but if there’s a moment to do something fun and funny, we’re definitely going to find it and use that.”

The decision to make the family Black and occasionally at odds with one another adds a sense of realism to the story. Rather than having pitch-perfect characters without any faults, it’s their fallibility that will resonate with the audience.

As the plot unravels, the show’s story week to week will have internal and external conflicts, which makes for engaging entertainment.

The cast is chock-full of well-regarded talent from modern hits, including Stranger Things’ Priah Ferguson as Lisa and Insecure’s Yvonne Orji as Tess, the mom.

However, Everett admits Lisa’s character is inspired by Priah’s character in the 80s-set Netflix original—there will be some differences between the two coming to light.

“I was super inspired when I saw Stranger Things,” Downing said. “I knew I wanted her for that role, she was truly great. As it goes on, you’ll see there is some difference between her and Erica. I think she’s more involved and empathetic.”

Patrick says, “Laz[Laz Alonzo, who plays Terry the dad] and Yvonne brought a lot to their roles like he has this warmth that’s subtle, he’s not laying it on thick… He always manages to feel really genuine.”

Check out our full interview with Everett and Patrick down below.

All 10 episodes of My Dad the Bounty Hunter will premiere on Feb. 9, exclusively on Netflix. In the meantime, the first full episode is available to view on Netflix After School’s official YouTube channel.

SOHH Chats With The HSMTMTS Cast

SOHH linked up with cast members of the Disney+ original High School Musical: The Musical: The Series. Corbin Bleu, known for his role as Chad, dished on how he prepares for a role. Dara Reneé, who plays Kourtney, shared her musical inspirations.

Comments Off on EXCLUSIVE: SOHH x Common Sense Media Chats With Netflix Co-Creators Of “My Dad The Bounty Hunter”

Mike hails from the Bronx and is a Film & TV Studies graduate from Lehman College. His interests include pop culture and community engagement and can often be found listening to the latest by Megan Thee Stallion, Amine, J-Cole, and Kendrick Lamar. 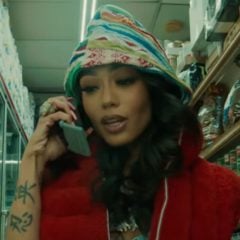 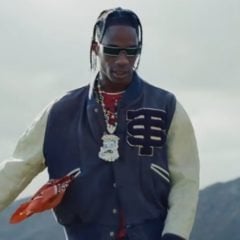