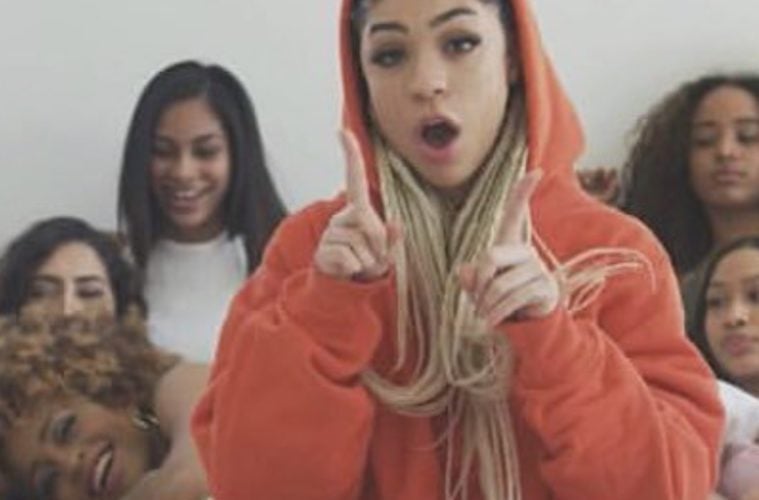 With summer love goals still going hard in these final days of August, music newcomer Kay Lei shows just how suffocating they can be in her new “No Apologies” video. With the new visual already at 54k-plus YouTube views, the R&B rookie talks to SOHH about working with director Ronald Reid, mixing work with a lot of fun and having her own personal alternate ending to the new video.

1. Who – had the idea to team up with Ronald Reid for “No Apologies” video?

It was my team 1801, they showed me his videos and I had to work with him!

2. What – was your favorite part about shooting this friendship goals-driven visual?

so excited to release the full video soon 🙂 i’m a proud mama of this video 💕✨ pic.twitter.com/nav38k0g8O

Everything. It’s my first music video so i just had fun being there and actually making a video for my own song. Everyone in the video was fun shout out to Muse Forever, Thank you Gio!

3. Where – did the video’s concept come from?

Mostly from Ronald’s brain. He visualized the whole concept based on the song and we just nailed it all down. We wanted it to feel as good as the song does and give you something to talk about. I think we did ok with it. [laughs]

4. When – did you know you wanted a video to accompany the “No Apologies” single?

but i’ve been inactive for good reason… 🙊 pic.twitter.com/dITfZ7VsHV

As soon as I finished the song. It was one of the songs I made in my first studio session so of course I wanted a video, we just loved it so much it became the first single.

5. Why – didn’t you lay out bae at the end of the video? That was insane and such a crushing twist!

Stay connected to Kay Lei via: