Nick went to Twitter Sunday (June 19) and tweeted out his downgraded marital status.

Over the weekend, Iggy publicly broke the shocking news and explained the split. 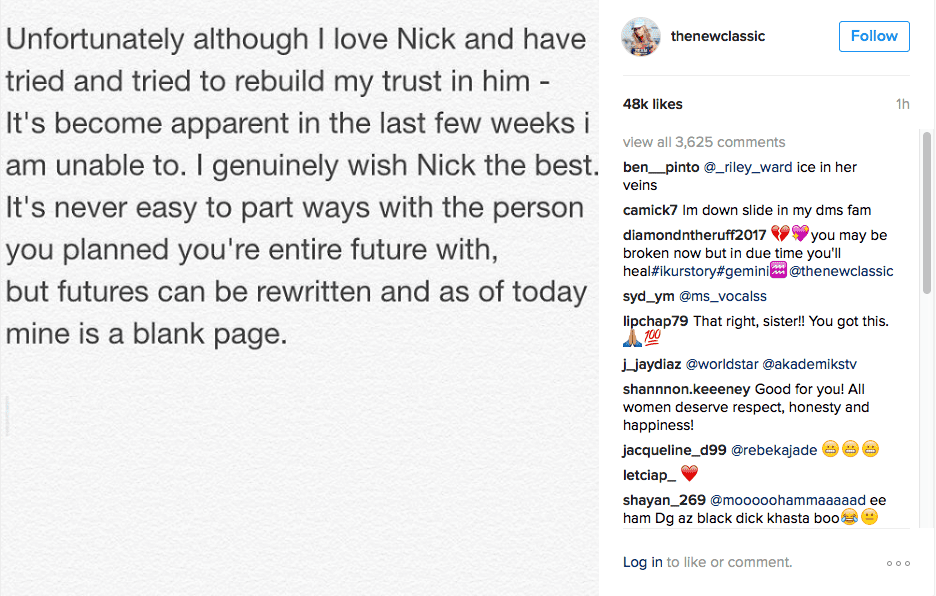 A few months ago, Iggy talked about not always rocking Nick’s engagement ring.

“I don’t know, sometimes I have it on,” Iggy responded to a paparazzo when asked why she hasn’t worn Nick’s engagement ring. “It’s not [about] my mood with him. I just think women shouldn’t have to wear their ring – it’s not my job. You know what I mean? It’s nothing personal. If it doesn’t go with the outfit, you know?” (TMZ)