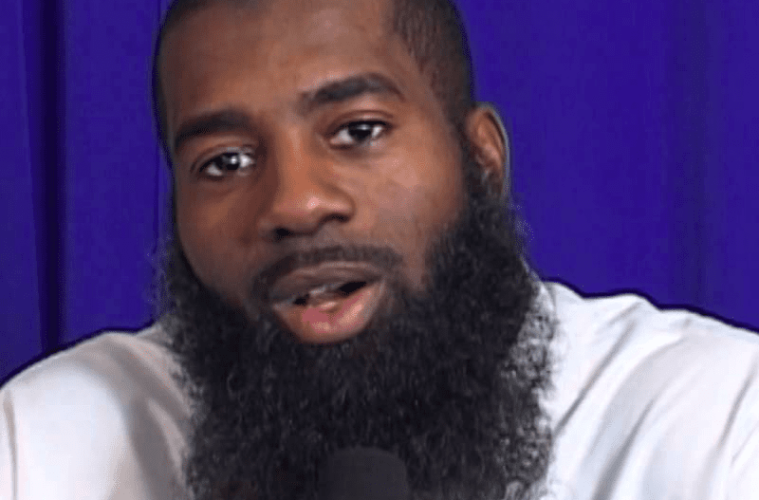 Convicted ex-Bad Boy star Loon (now known as Amir Junaid Muhadith) has spoken out on a publicized reunion tour his mentor Diddy is launching this summer.

In a new Playboy interview, Loon spoke on the upcoming nationwide run and downplayed the idea of former BB artists catch tough breaks because of Puff Daddy’s evil ways.

Muhadith was disappointed to learn about the current Bad Boy reunion tour. “What kind of reunion will it be?” he asks. A fair question considering Biggie is gone, Craig Mack has reportedly joined a religious cult, and Loon and G. Dep are incarcerated. When asked why so many former Bad Boy artists either find religion or become incarcerated (or, in Muhadith’s case, both), he says, “I don’t attribute it to Puff. Being on Bad Boy you’re riding this tidal wave that you can’t prepare for. Like most people who ride waves of that magnitude, they often wipe out.” (Playboy)

How did Puff Daddy's right-hand rhyme spitter become a Muslim—and then a convict? Read more about the rise and fall of Chauncey "Loon" Hawkins at Playboy.com. 🎨 by @jimmyturrell

In summer 2013, Loon received a 14-year jail sentence for a drug-related crime.

In a verdict handed down yesterday (July 18), Amir Junaid Muhadith, formerly known as the Bad Boy rapper Loon, was sentenced to 14 years in a federal prison on charges of conspiring with intent to distribute one or more kilos of heroin, reports AJIB. (BET)

In November 2011, reports developed about Loon getting arrested overseas.

So much for being on his deen. While entering Belgium last Friday, former rapper Loon, now known as Amir Junaid Muhadith was arrested while at a Brussels airport for drug trafficking. Various sources report the arrest stems from an indictment back in May for distributing heroin three years ago in North Carolina. (Rap Radar)

A few years ago, Muslim rapper Freeway offered his take on Loon’s conversion to Islam.

“Last year, the middle of the year, I got a chance to visit Saudi Arabia for a second time,” he explained in an interview. “Brother Jakk Frost was with me, brother Loon, now known as Ahmir, and it just was a beautiful experience. At the time [Loon] was seven months into the religion, he was a fresh Muslim. And from that time to now, he progressed so much, he’s moving forward so quickly and I’m proud of him. The country is beautiful, the people was beautiful, the mannerism of the people. It’s just real enlightening and if any of y’all get a chance to go over there you should definitely do it.” (XXL Mag)

In 2009, the ex-Bad Boy member spoke on his departure from Puff Daddy’s star-studded label.

“Loon is working his way out of my system,” he said in an interview. “I’m just happy to be accepting Islam and finding the peace of mind that I was always searching for in the music business and it was very difficult to find this place in my life now but thanks to Islam I’ve been able to complete my search and I’m very much at peace. Bad Boy days are over, now I’m what you would call a good boy. [laughs] Right now I’m very much focused on studying Islam…being in the position of influence, I have to be able to protect myself in ways the media sometimes tries to use these transitions that artists make and try to make an opportunity to mock Islam or whatever faith somebody might choose…With me, I very much love the music but it’s the lifestyle that’s really the bad influence. The music, sometimes, can be geared towards people to do positive things but the actual part that detours people from practicing their faith is really the lifestyle.” (Al Jazeera)