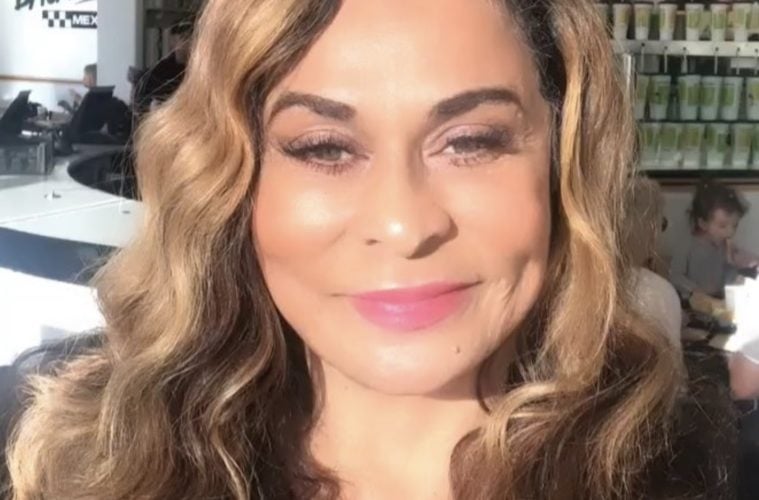 Even JAY-Z’s Mother-In-Law Tina Knowles Is Hyped AF About Black Panther: “I Cannot Wait To See This!!”

Knowles took to Instagram this week to acknowledge the insane numbers Black Panther is doing weeks ahead of its release.

Thanks to stellar buzz from its world premiere and first screenings on Monday night, “Black Panther” rose to the top of Fandango’s daily ticket sales on Tuesday. As of Wednesday morning, “Black Panther” is still the #1 daily ticket-seller on Fandango, even though it doesn’t open in theaters for two more weeks (on Feb. 16).

According to a Fandango survey of more than 1,000 “Black Panther” moviegoers:

● 97% are looking forward to a different kind of superhero movie.

● 93% said they couldn’t wait to see Chadwick Boseman in his own “Black Panther” movie after seeing him in “Captain America: Civil War.”

● 86% are excited to see the film’s all-female guards/warriors, the Dora Milaje.

● 85% are intrigued by the film’s exotic setting in the mythical African kingdom of Wakanda.

● 84% are particularly excited to see Michael B. Jordan’s performance in this movie.

“The buzz on ‘Black Panther’ is electric,” says Fandango Managing Editor Erik Davis. “Early screening audiences say it is one of Marvel’s best movies ever, and the positive word-of-mouth is helping drive the movie’s spectacular advance ticket sales.”

A huge component for the flick’s massive popularity is reportedly how much social media attention it has received.

All three key movie feeds for Black Panther, on Facebook, Twitter and especially on Instagram popped by 10x on Tuesday from the premiere adding 25K new fans on the day, up from 2K a day. Chadwick Boseman’s Instagram spiked, adding 26,7K new fans yesterday as well. Views on YouTube are spread across owned and earned clocking over 6M views over 48-hours. Compared to other Marvel titles, Black Panther, as a first in a franchise, is tracking ahead of the Social Media Universe of other Marvel sequel openers with a 741 million SMU versus Guardians of the Galaxy Vol. 2 (607M SMU), Captain America: Civil War (599M SMU) and Thor: Ragnarok (560M SMU) when they opened. (Deadline)