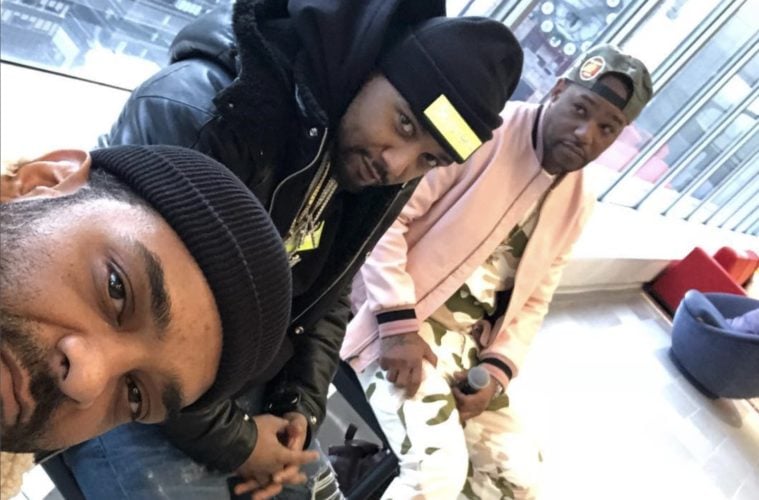 New York rapper Cam’ron knows LeBron James does more than just average triple doubles these days. The hip-hop veteran has reacted to Toronto Raptors’ Dwane Casey losing his coaching job after getting swept by King James and the Cleveland Cavaliers.

Heading into the weekend, Killa Cam trolled Casey after news went viral of him receiving his walking papers.

On Friday, the Raptors announced its shocking decision to part ways with Casey after seven seasons together.

“After careful consideration, I have decided this is a very difficult but necessary step the franchise must take,” Raptors president Masai Ujiri said in a statement. “As a team, we are constantly trying to grow and improve in order to get to the next level. We celebrate everything Dwane has done for the organization, we thank him, and we wish him nothing but the best in the future. He was instrumental in creating the identity and culture of who we are as a team, and we are so proud of that.” (ESPN)

Social media has since reacted to the coaching staff shuffle.

Drake introduces the new coach of the Toronto Raptors!pic.twitter.com/VOiqtops52

Not only was Dwane Casey the most successful coach in Raptors’ franchise history, but he was always a stand-up guy and excellent ambassador for Toronto.

Over the past few years, the Raptors have felt the Cavaliers’ playoffs wrath.

The Cavaliers swept the Raptors out of the second round in 2017 and 2018, the latter being the death knell to Casey’s tenure. Cleveland entered the series having just barely scraped by the Indiana Pacers in seven games, only to beat Toronto twice on their home floor before closing things out in Cleveland. The Cavs had no real set rotation and were still juggling around lineups due to their revamped roster, but it mattered not in the sweep. (Bleacher Report)