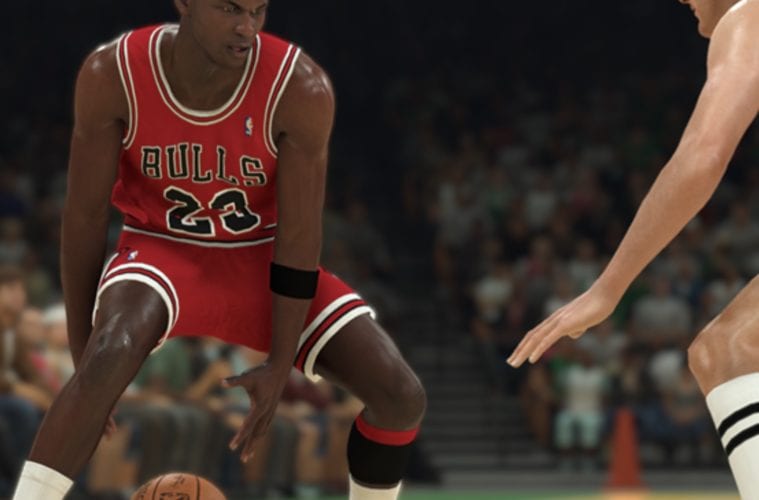 ESPN’s The Last Dance is giving viewers all the motivation needed to clock in serious NBA 2K20 activity. Gamers have reportedly lit up their consoles playing with classic Chicago Bulls teams since the must-see docu-series aired this month.

According to an NBA 2K press release, video game heads are going from the Last Dance broadcasts to their favorite 2K20 consoles. Instead of going with modern-day Bulls teams, players have lit up their games with the classic Michael Jordan-led squads.

The Effect Of ESPN’s The Last Dance

Since the show premiered on April 19, we’ve seen a 131% increase in NBA 2K20 players using one of the classic Chicago Bulls teams featuring Jordan and thought this might be an interesting stat about his ongoing basketball legacy.

In NBA 2K20, there are six classic Chicago Bulls teams with Jordan to select. While the documentary focuses on the 1997-98 team, gamers can also play with the following classic teams:

Last week, New York rapper Fabolous hit up his social media pages to share his thoughts on former Bulls player Scottie Pippen‘s second episode focus. Specifically, Loso questioned who should take the blame for Pippen agreeing to a 7-year contract for only $18 million.

“Was on Twitter last night after watching The Last Dance, I think everyone felt that Scottie Pippen deserved more money for what he contributed to the Chicago Bulls as a player, & 1 of the best in the NBA at the time.. Alot of factors tho, such as personal needs for Pippen & his family, different salary cap limits then, front office issues with players & coaches, another Superstar teammate, & the negotiating leverage.. But in this case of the “Bad Deal”, who is at fault?” -Fabolous’ Instagram

“1. Pippen for rushing to sign for the money & selling himself short for such a long term contract ? 2. Pippen’s Agents for not shutting down this deal (even tho if the client wanna accept theres nothing AGENTS can do) Or putting renegotiation clauses per future performances ?? 3. Chicago Bulls for not renegotiating with Pippen after his performance warranted more? And not keeping one of their top players happy ??” -Fabolous’ Instagram

After the two-episode premiere of ESPN’s “The Last Dance”, the Internet delivered some hard-hitting jokes. Some of the most noticeable memes centered on Chicago Bulls icon Michael Jordan and the team’s former general manager Jerry Krause.

“They were not letting him rest😂” -NBA Memes’ Instagram