Badu went to her Twitter page Thursday (November 17) to dismiss the e-beef speculation and show the Bawse some love. 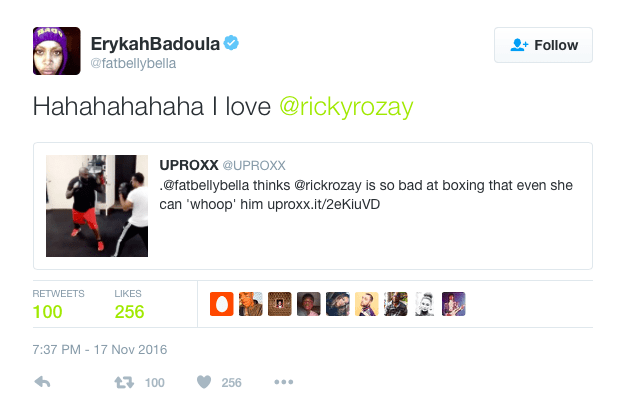 Earlier in the week, Erykah sparked headlines after taking a playful swing at Ricky Rozay. 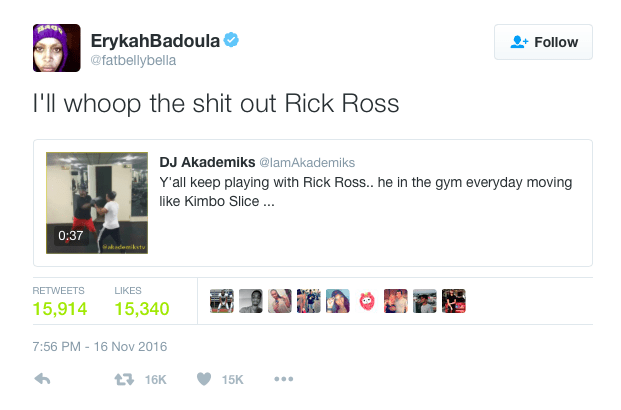 A few days ago, footage surfaced of Ricky Rozay working up a sweat during a boxing session.