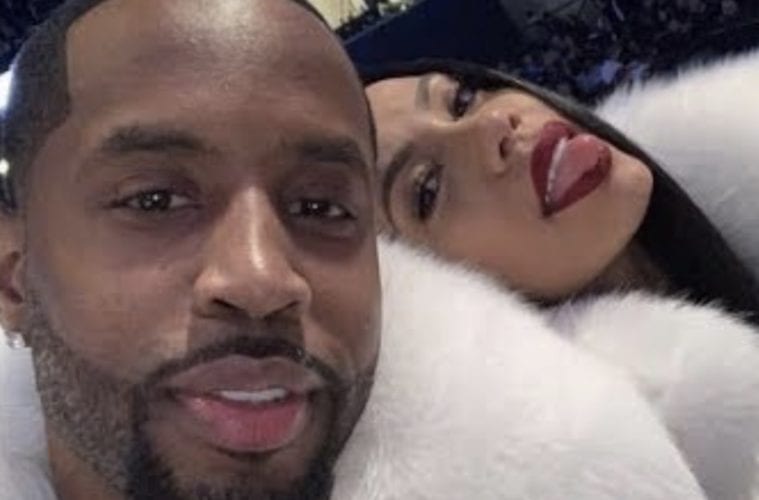 Erica Mena Does The Unthinkable To Safaree On OnlyFans: “Satisfying My Husband For The First Time Ever On Here!”

“Love & Hip Hop” star Erica Mena is going x-rated on OnlyFans with her hubby Safaree Samuels. The curvy vixen went online this week to announce she would go to the extreme to blow fans’ minds away on the adults-only platform.

Heading into Tuesday, Mena announced the unthinkable on her social media pages. She revealed plans to satisfy her hubby on the premium channel and offered the footage for $50.

Heading into last Saturday, Mena added a wild twist to Flashback Friday. She shared a ton of glimpses into the past with priceless moments alongside Safaree.

“Wow! A real Flash Back Friday ✨You really chased me for years and now we’re here 🥰♥️ @safaree I absolutely LOVE being your wife.” -Erica Mena’s Instagram

Last Thursday, Erica went to her Instagram page with a boo’d up moment alongside Safaree on the couch. The shot also featured her nurturing their baby girl for a memorable photoshoot moment.

“Can you believe it’s almost her half birthday already ✨She’s perfection. A perfect blend of us both🌹 S.M.S 🌹 Photograph by the one and only @mr_guerra” -Erica Mena’s Instagram

Recently, Erica went to Instagram with a new shot of herself flexing major curves and modeling in front of a swimming pool. She also used a caption to let followers know she had zip-zero plans of ending her contributions to the thirst trap despite being married.