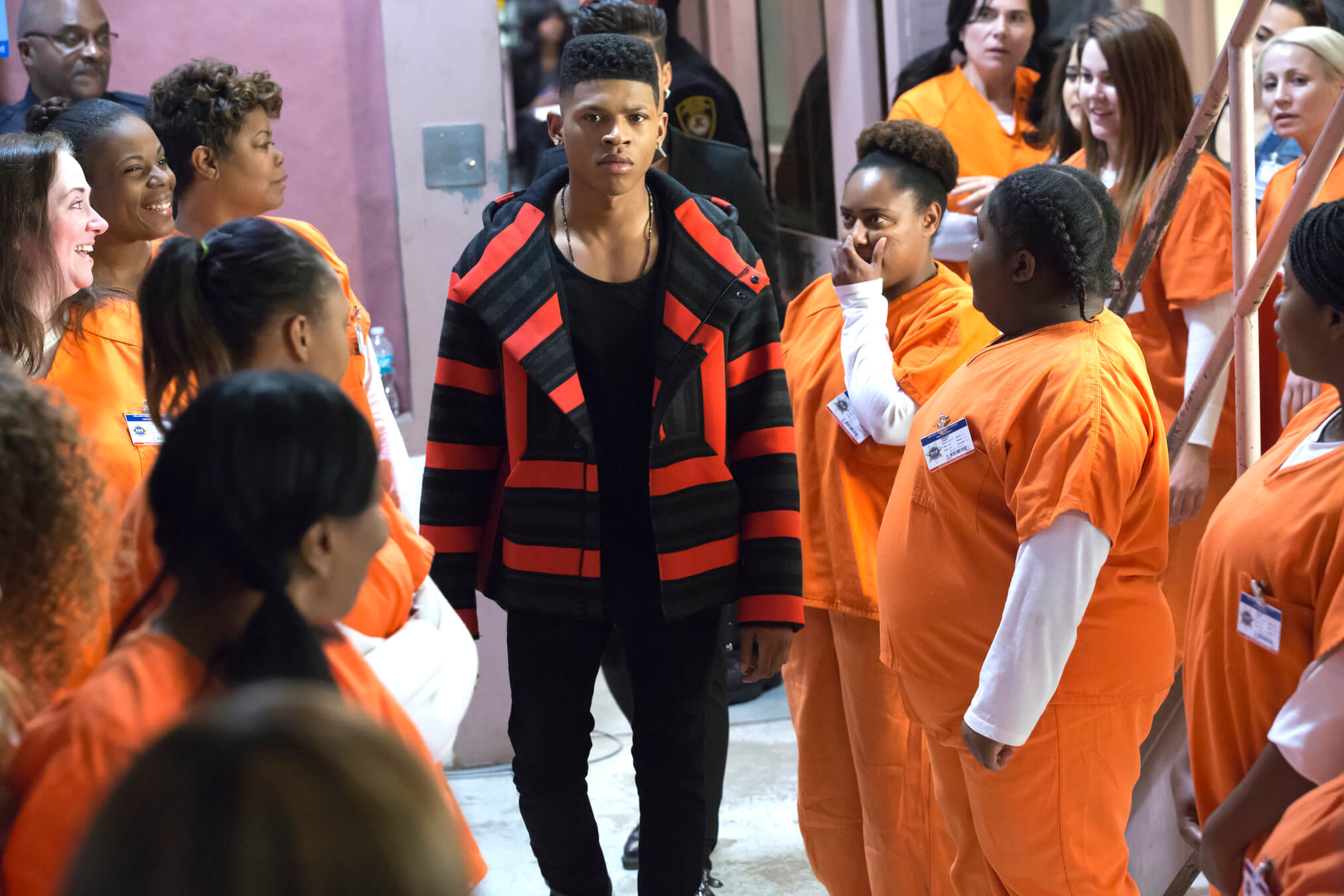 “Empire” star Bryshere Gray has some serious explaining to do. New reports claim the Fox network heavyweight landed in handcuffs on a potential domestic violence claim.

On Monday, reports emerged about the assault happening Monday morning in Arizona. Initially, Bryshere kept his lips sealed and didn’t attempt to speak to police.

“Empire” actor Bryshere Gray was arrested Monday morning in Arizona and is accused of assaulting his wife and refusing to talk to police for hours, authorities said. Gray, 26, was taken into custody at 7 a.m. by officers in the Phoenix suburb of Goodyear, roughly nine hours after authorities responded to a 911 call from his wife, police said in a statement. (NBC News)

The headline-generating attack allegedly took place this past weekend shortly after 10 PM.

On July 12 at 10:15 p.m., police arrived at the scene of a Circle K gas station near McDowell Road and Pebble Creek Parkway to help a woman. According to the Goodyear Police report, “The woman had flagged down a citizen for help moments earlier at another nearby gas station stating that she had been assaulted at her Goodyear home for the last several hours by her husband. The citizen then drove the victim to the Circle K and called 911. The victim told police her husband was Bryshere Gray, an actor on the TV series ‘Empire.'”  (Fox 10 Phoenix)

Back in June 2020, buzz developed about Gray possibly having a new wife. To make matters worse, reports also suggested he had cheated on his queen.

Bryshere Gray has been exposed as an alleged cheater. The actor, who is best known for his portrayal of Hakeem Lyon on FOX’s musical drama series “Empire“, has reportedly quietly got married, but has already cheated on his new wife. Spilling the tea is The Shade Room’s reader, who describes herself/himself as a friend of Bryshere’s alleged side chick. According to the report, the 26-year-old star started reaching out to the source’s “homegirl” via DM “outta nowhere and asked for her number and said he wanted to meet up the same night.” (AceShowbiz)

Over the past few years, Bryshere has lit up his social media page with shots of himself hanging out with some of the biggest names in the music biz.