We are still trying to figure out why tonight’s episode is titled Fires Of Heaven. A more appropriate title would have been The Empire Strikes Back because Lucious came back hard this episode. In tonight’s episode we see Lucious play Anika against Cookie, hug it out with Andre and get at Hakeem’s new girl. Touche!

The show starts off with Lucious released from jail. However, because of legal reasons, Lucious cannot enter the Empire offices or he’ll be carted off to jail. Roxanne the prosecutor waits across the street ice-grilling and ready to pounce.

Cookie comes to see Hakeem but is greeted by his latest jump off, Valentina, the young Latina singer who is the lead singer in his highly-anticipated girl group Ménage a Trois. Cookie throws a few shots at her and demands that Hakeem get ready for his debut on Sway in the Morning.

Hakeem delivers a rousing performance that gets Sway amped. Sway calls Lucious on air to ask him how he feels about Hakeem leaving Empire. Lucious takes a jab and calls Hakeem immature. Hakeem tells Sway he’s the next level and promises to debut his new girl group, Mirage A Trois, on Sway’s show in just 3 days.

Lucious invites the entire family for dinner at his his mansion. As everyone is nervously gathered around the dinner table, Lucious tells everyone to eat, drink and be merry because “tomorrow there will be war.” Lucious offers Cookie and the rest of his family to drop Lyon Dynasty and their treasonous ways for one last chance to rejoin The Empire. Cookie scoffs and leaves the table, dragging the tablecloth, fine china and rich spread off the table and onto the floor.

Lucious beckons Anika to Club Leviticus where he asks her to to betray Lyon Dynasty Despite her hatred for Lucious, she listens intently while he unveils his plan to infiltrate and destroy Lyon Dynasty.

Hakeem has three days to get his new group, Mirage A Trois, ready for the Sway Show debut. The girls are fighting and the lead singer, Valentina, has an attitude and refuses to cooperate.

Andre meets Lucious for lunch to propose to Lucious a new business opportunity that will hopefully open the door for his return to Empire — to purchase an Urban Radio network that will give Empire control over urban radio nationally. Lucious once again rebuffs Andre, telling him that his proposal simply is not “big” enough.

NEXT PAGE: Is Freda Gatz The Future Of Empire? 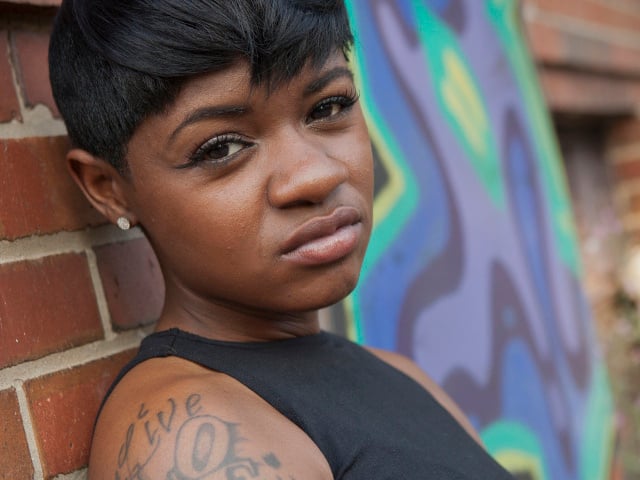 Freda Gatz, Frank Gather’s daughter, comes to Empire to collect on Lucious’ promise to sign her to a record deal. Lucious, still legally prohibited from entering his offices, tells Jamal to do whatever it takes to sign her. Freda demands that Lucious himself come and sign her and walks out with her crew angrily. Lucious scolds Jamaal for not being “street enough” to sign Freda and walks out with Thirsty Rawlings to take a trip to the hood to get her back.

Pitbull and Jamaal perform a collabo at Lucious’ Coming Home party. Suddenly, in the midst of their performance, Hakeem’s female sidekick takes over the sets and cuts in with Hakeem’s newest track, ‘Bout to Blow. The takeover continues as a Cookie takes the stage protected by a gang of beefy bodyguards to introduce Hakeem. Hakeem runs up and spits a few hostile bars at Jamaal, Lucious and The Empire as Lucious watches calmly from his throne. Damage done and literal shots fired, Cookie and her entourage leave Leviticus as Lucious stares coldly.

Andre tells a delighted Cookie that he and Rhonda are expecting a baby. Cookie tells Andre to use his unborn son — a desired future heir for Lucious — to get back into Lucious’ good graces.

Andre goes back to Lucious – AGAIN. This time he tells Lucious that Rhonda and him are expecting a son who will carry on Lucious’ legacy. Lucious coldly reminds him of his mental health – and the possibility of his child inheriting the same bipolar disorder that has haunted Andre himself and Lucious own mother. The two hug it out and a few tears fall until Lucious questions why Andre is using his unborn child as a way back into Empire.

Lucious goes to Brooklyn to find Freda Gatz and finds her in the heat of a rap battle with a nasty rival who spits a vicious line mocking the murder of her late father, Frank Gathers. Freda pulls out a gun in a murderous rage but Lucious intervenes, begging her to leave the streets behind and come back with him to Empire. Freda runs off but Roxanne Ford, who has Lucious under constant surveillance, steps onto the scene. Lucious is unfazed and even flirts with Roxanne who rebuffs him, repulsed.

Cookie, doing her best Debbie Allen impression, has Mirage A Trois working on their choreography including running and doing push-ups in 5 inch heels in preparation for the Sway Show.

Meanwhile, Jamaal, has been artistically stuck without Cookie’s support, unable to work with any of the top producers Lucious has lined up for him. Knowing he needs Cookie, he heads out to her Lyon Dynasty offices and is intercepted by Lucious who promises Jamaal that he will personally oversee his project and ensure it is superstar level. The big day comes to debut Mirage A Trois on Sway’s radio show, but Valentina is running late while Cookie, Jamaal and the rest of the girl group wait anxiously. Suddenly, Lucious steps off the elevator and announces to Cookie and Hakeem that Empire bought the radio station AND signed Valentina to a solo deal — a power play in response to their takeover of his Welcome Back party nights prior. Cookie promises a comeback and walks out as Lucious smirks at his latest move.