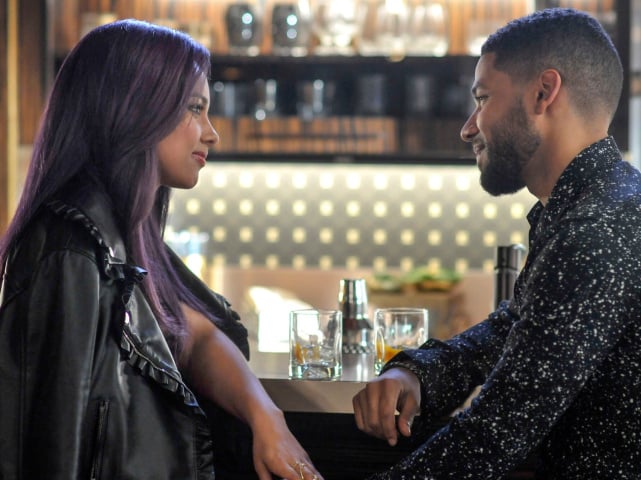 Last episode, we were shocked to see Jamaal and Skye (Alicia Keys) lip-locking — is he still gay??? This week, Jamaal is smashing Skye and the question of his sexuality is still in the air. Lucious calls him out, proudly proclaiming that Skye “fixed” him. But MTV’s Charlamagne the God clears up any confusion, forcing him to state his set and declare he is still gay. Guess that storyline is done. 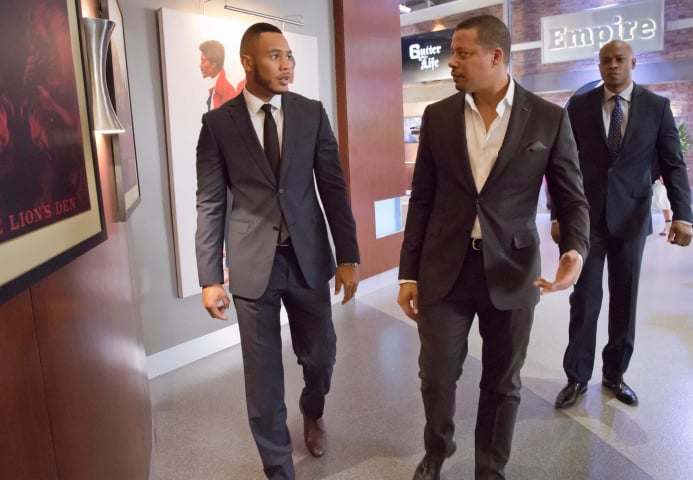 Is you is or is you ain’t my Mimi? – Lucious

Mimi holds a pen that appears to be recording the conversation she is having with Lucious about the Swiftstream acquisition. While Mimi records, Lucious rants that he will move forward with the deal without the approval of the board. In the ultimate double-cross, Mimi presents the damning footage to the board and stages a board vote to oust Lucious from the helm.

In desperation, Lucious orders Thirsty and Andre to do whatever it takes to prevent the hostile takeover. Thirsty is gung-ho and willing to go low, going as far as giving head to one unattractive, overweight board member in an elevator to get her vote.

Next Page: Lucious Loses It

In a violent rage, Lucious ransacks his home, shooting a rifle and screaming incoherently. He is reeling from Hakeem’s betrayal — the final and pivotal “aye” vote that snatched from Lucius his controlling role on Empire’s board. Cookie swoops in, telling him to “pull it together” and brings him down, reminding him of who he is and promising him the fight is still on. Meanwhile, Hakeem has teamed up with his long-lost love, Camilla — the secret force behind Mimi’s dastardly plan — to take the helm of Empire for himself. “What keeps setting this off?” – Rhonda

Rhonda awakes to the sound of the alarm blaring in her mansion and walks out of her room to shut it off. What happens next will make you gasp. As she stands by the stairwell peering down to the front door, an intruder in all black shoves her from the back. Rhonda, belly swollen in the late stages of her pregnancy, tumbles like a rag-doll down the winding staircase banging head first into the rail and the stairs. She falls limp to the floor on her pregnant belly and lies there, still, as her mobile phone buzzes with a call from Andre. In a cameo role that mirrors her real life jail stint, Da Brat appears as Cookie’s longtime cellblock mate and budding rapper, Jazzy. Cookie arranges a charity Lyon Dynasty performance at Wallace Correctional Facility where she was detained for 17 years. There, she looks for Jazzy who is now doing life for attempted murder and is bitter that Cookie abandoned her. She tells Cookie her rapping aspirations are “done”, a declaration to Cookie and possibly her real life hip hop fans. The scene abruptly ends with a “huh?” — but it’s good to see DaBrat emerge from obscurity since her jail release over five years ago.