In tonight’s episode, Lucious showcases his Empire entertainment portfolio for investors, tells the family he has ALS and finally gets a taste of the Cookie.

The episode begins with everyone frenzied in preparation for the Empire 2015 Investor Showcase at Leviticus — Lucious wants everything perfect to get the investors to open their wallets. With everyone clamoring for his attention, Lucious has another ALS episode and passes out in his office. Moments later, Lucious is wheeled out to an ambulance. The EMS worker states that Lucious can only have one person ride with him. Cookie states that’s she’s his ex. Anika says she’s his fiance. Lucious weakly chooses Anika while looking longingly at Cookie.

After hearing Jamal tell radio listeners he had “no one special in his life,” Michael moves out. Jamal declares his devotion to Michael, “his princess,” but Michael states he’d rather leave the relationship now, rather than later. Michael reminds Jamal about his newfound daughter who Jamaal denies as his own since he only slept with Olivia once. “That’s all it takes,” Michael retorts and drives off.

At a discreet locale, Hakeem and Camille have a candlelight dinner. Hakeem gives Camille a gift which Camille rejects saying it’s something he would give to one of his “backdoor sluts.” Camille wants to go public with Hakeem but Hakeem isn’t ready. As a consolation prize, Hakeem offers to put her on the VIP list for the Empire Showcase.

At the hospital, it’s determined that Lucious’ current attack isn’t from his ALS, but the Russian experimental drugs that Lucious’ private doctor gave him. He also finds out his private doctor had his license revoked for similarly sickening another patient two years ago.

During rehearsals, Jamal & Hakeem have a fight. Cookie scolds them both and reminds them of their father’s sacrifice for them. Lucious walks in and surprises them telling Cookie that he went to the hospital for “food poisoning” but she’s not buying it.

Lucious’ assistant Becky finds Jamal’s daughter abandoned in an elevator at the Empire offices. Lucious puts Vernon on the case to find out if the baby is Jamaal’s and promises Jamaal he’s not alone in taking care of the baby.

Elle shows up sober, glammed up and ready for the Empire Showcase. Lucious is enamored that Elle is clean and on her “A” game. Anika finds Elle sitting and drinking a green tea and begins to make small talk with her. When Elle is distracted, Anika slips a liquid into Elle’s drink. Moments later, Elle is found in the bathroom too wasted to perform. When Cookie relays the news to Lucious, Anika says, “I told you so.” [Meow.]

Next Up: Lucious Sticks His Hand In The Cookie Jar 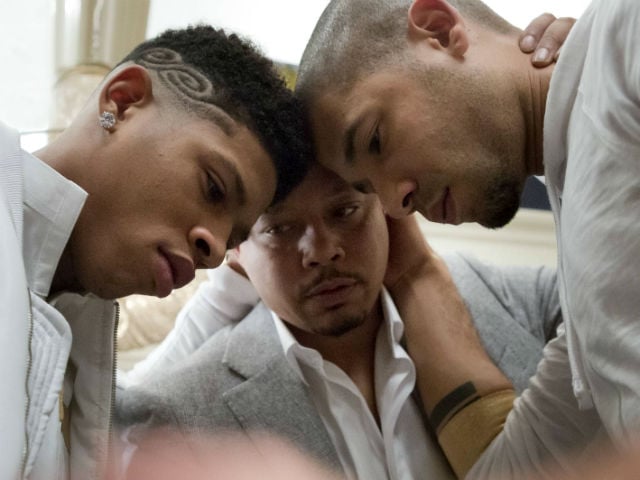 While making personal introductions to his big-money investors and clientele around the room, Lucious meets Camille who is introduced to him as a “media investor.” She alludes to her interest in Empire’s talented roster, aka Hakeem, and flirts with Lucious.

Putting aside their differences, Jamal and Hakeem stage an impressive performance in front of the crowd of bigwigs at the Empire Investor Showcase at Leviticus. While watching the performance from backstage, Lucious’ ALS rears its head, causing Lucious to lose his voice and preventing him from addressing the audience that awaits him. Lucious selects Cookie, to the chagrin of Andre and Anika, to go in his place and give the final investor speech. Ignoring the teleprompters, Cookie effortlessly commands the stage, introducing herself as Lucious’ ex-wife and co-founder of Empire. With Lucious proudly watching from a monitor backstage, Cookie tells the story of Empire’s humble beginnings in a Philadelphia ghetto, making analogies to hustling and “supply and demand” that Jay Z himself would appreciate. With investor’s raptly listening and apparently impressed, Cookie once again saves the day. Cookie has also captured the rapt attention of Lucious, who audibly says “I love you, Cookie” as he watches her and as Anika silently watches him. 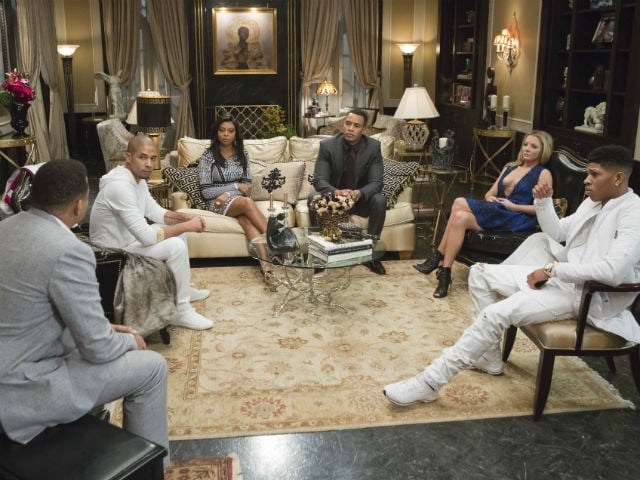 After the showcase, Anika reluctantly leaves for a business trip to Chicago. Cookie confronts Lucious, demanding to know the truth. Lucious holds a family meeting that night at his home and reveals to Andre, Rhonda, Hakeem, Jamal and Cookie that he has ALS.

Andre flips out and begins to nervously pace, more worried about the investors and the future of Empire than his father’s health. Hakeem is upset that Andre isn’t concerned with his father’s health and aggressively confronts Andre and the two almost come to blows. Andre leaves, with Rhonda chasing after him. Jamaal is clearly heartbroken, asking his father what they can do to help, to which Lucious tells them to “be strong” and asks them for some time alone with their mother, who is visibly shaken by the news.

With tears in her eyes, Cookie tells Lucious, “I can’t lose you again” to which Lucious replies, “You have me now. Let’s not lose this moment.” [You see where this is going.] Alone with Cookie, Lucious puts on an old jam to set the mood and asks Cookie for a dance. Moments later, the two kiss and end up in Lucious’ bedroom.

Seems like Anika didn’t go to Chicago after all. She enters the house to see two half-empty wine glasses sitting on the table. Looking around curiously, she makes her way upstairs and opens her bedroom door… to find her fiance with his hands in the Cookie jar. In control, she silently backs out of the doorway and walks away, leaving the two to continue their romp uninterrupted. 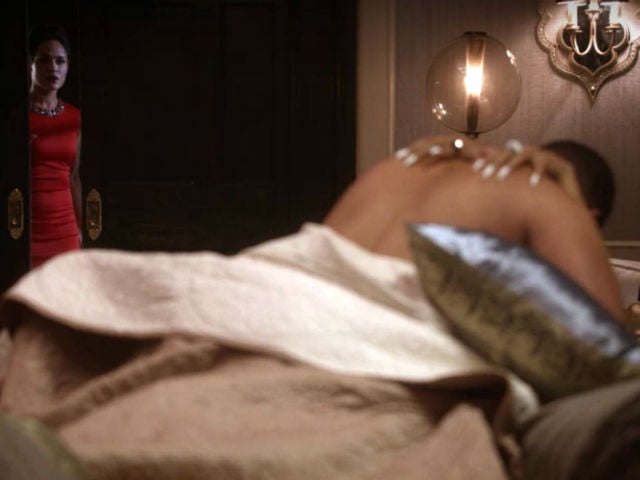 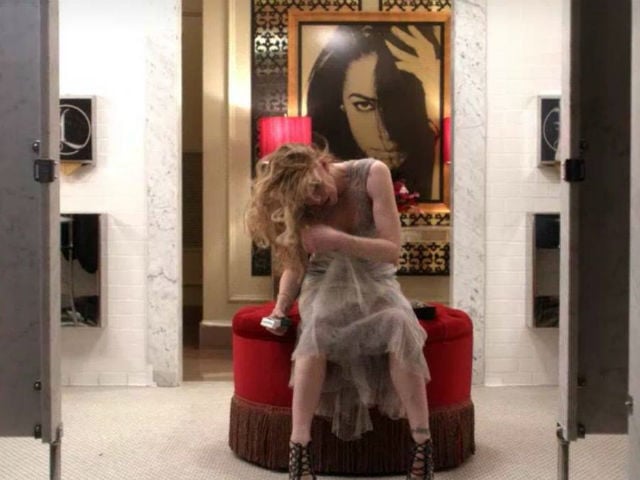