Empire has taken the world by storm. Three episodes in and it’s already been approved for a second season.

This episode is all about Luscious “Lucifer” Lyon and his evil, wicked ways. Let’s get right to it.

We begin with Hakeem’s jump off and Empire Entertainment’s newest signee, Tiana, filming her new video, Bad Girl, with her label mate Veronika (the singer that Luscious’ was coaching in the vocal booth in the season premiere). Veronika’s manager Mill, is upset that Luscious is not making good on his promises to Veronika and suggests that Luscious will need “protection” if things aren’t sorted out. Luscious offers to ‘talk’ to him on his trailer and single-handedly beats him down with a metal pole. Ouch.

The NYPD visit Luscious and they inform him they found an eyewitness in the shooting of his best friend, Bunkie. Luscious, knowing damn well he killed Bunkie, instructs his oldest son Andre to call in a favor with Raquel Alvarez, the District Attorney, to find out what the NYPD’s eyewitness knows.

Unbeknownst to Luscious, Anika has hired a private investigator to track Cookie. The PI has determined that Cookie could be working with The Feds. During Bunkie’s wake, Luscious confronts Cookie about this new found information. He demands to know if Cookie snitched on him for a reduced sentence, which would explain her getting out for prison 13 years early. Luscious makes it clear he will destroy anyone trying to messing with him, his family or his Empire, including Cookie.

At the funeral, Luscious, donned in all-white, does a marvelous tear jerking speech about his love for Bunkie, even admitting he killed Bunkie – in a roundabout way. The scene is topped off with Gladys Knight singing at the funeral. 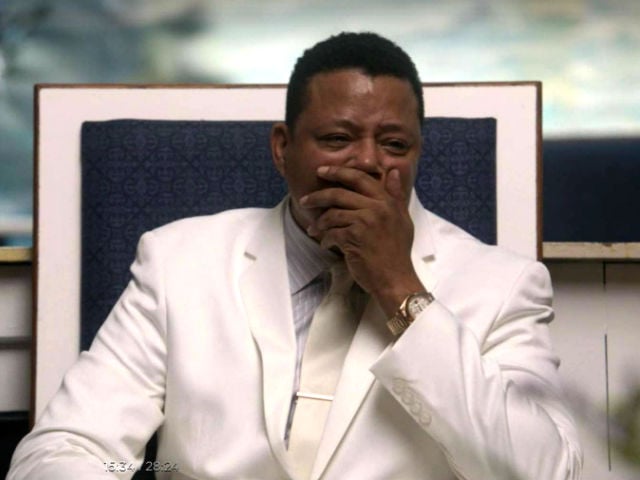 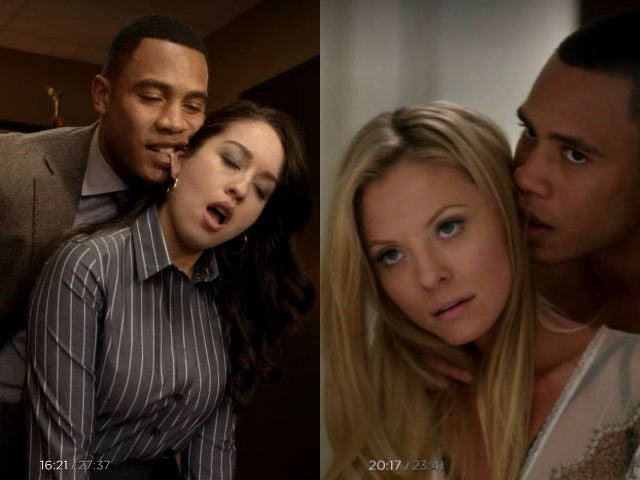 Andre visits Deputy Mayor Alvarez to “pump” her for inside information on the eyewitness to the murder. No, seriously, he turns the Deputy Mayor around on her desk, drops his pants and pumps the information right out of her. Later that evening, Andre is overheard by Rhonda flirting on the phone with Alvarez. Rhonda tells Andre that “it must have been some pretty good persuaing” to get the information from the Deputy Mayor and demands to know “exactly” how Andre accomplished this task. Just when you think our bi-polar MBA is busted, Andre bends his wife over the bathroom sink and demonstrates his information gathering tactics. Not only is wifey ok with it, she wants to be called Deputy Mayor Alvarez too. DAYUM!

[Between this episode and the baby bib BJ in the last episode, Rhonda is on the next level. What won’t this woman do? Wait, don’t answer that.]

While Hakeem is in Club Leviticus with Tiana, he’s texted by Camilla (Naomi Campbell). Hakeem dismisses Camilla by telling her he misses her but he’s at home with a cold, however, Camilla is walking right behind him in the club.

Cookie confronts Agent Carter about her cover being blown. The Feds have been building a case for the last five years against Frank Gathers and can’t risk anyone figuring out what Cookie is really up to. To throw Luscious off Cookie’s scent, Agent Carter meets Luscious and pretends to be Officer Carter, Cookie’s Parole Officer. I think it’s worth noting that Agent Carter gives Luscious her pen to sign an autograph for her son. Luscious insists on using his own. Could Agent Carter be trying to get Luscious’s fingerprints? Also, notice how Agent Carter has to suddenly use the bathroom. Hmmm, I’m suspecting Agent Carter is up to much more than Cookie suspects.

The NYPD question Old Salty, the witness to Bunkie’s murder. Old Salty rambles on and on about a biblical story about Daniel in the lion’s den. The detective puts 2 and 2 together and shows Old Salty a picture of Luscious Lyon (get it LION, LYON). Salty finger’s Luscious Lyon as Bunkie’s shooter.

As a kind gesture to Cookie, Agent Carter locates Puma (Cuba Gooden Jr.) a former songwriter for Empire who’s disappeared. Against Jamal’s wishes, Mom-ager Cookie is looking for a songwriter to give Jamal that one big hit that he needs to take Jamal over the top. Initially, Puma turns down the request, but later has a change of heart and submits a song that he wrote for Luscious back in the day. The song is about his love for Cookie, which is why Luscious never recorded it.

At the Lyon family dinner, Cookie sits at the head of the table, where Anika usually sits. This causes friction between the two. While Cookie prays over the food, Anika coughs which irritates Cookie. Cookie insults Anika at the end of the prayer, letting Anika know that she knows that Anika hired the private investigator on her. The family then retreats to the family room to hear Jamal perform the song Puma wrote. Upon hearing the song, Luscious is impressed and admits that his son’s version of the song made him like it. Luscious believes the song is good enough to submit to John Legend. Luscious states that he owns the song since Puma submitted it to him years ago. To add insult to injury, he tells his son, that he has a great career – as an arranger. Insulted, Jamal immediately storms out of the house. Damn.

At the end of the night, Camilla shows up again – on top of the pool table with Hakeem. Seems that Camilla is a cougar, and has been secretly dating Hakeem for a year. Camilla expresses his desire to go public, however Hakeem is against it. The creepy part is when Camilla grabs his chains and says, “who am I to you?” to which Hakeem says, “You’re my mama.” Ew.

At the end of the night, Luscious goes to see Jamal. Jamal makes it clear that he despises Luscious for all of the beatings that were given to him to make him tougher. Jamal realizes that Lucious hates him because he is gay. Jamal states that he is a man and tells his father his “obedience is no longer for sale.” Luscious compliments the wonderful speech made in the apartment that he pays for, which prompts Jamal to move out of the loft.

Jamal vows to take the Empire from his father.

A few things worth noting…