The show opens up with Empire Entertainment CEO Lucious Lyon (Terrance Howard) coaching a female artist in the studio. While the artist is hitting all of the right notes, Lucious is not impressed with the overall performance. After a second take, he hops off his throne and steps into the vocal booth with the singer and forces her to recall the day her brother was killed. It’s a moment she doesn’t want to relive but the moment allows her to sing the song with more passion. Lucious is satisfied.

[FYI – That female artist is none other than V. Bozeman. Not familar? Get familiar.]

Throughout the episode we are given flashbacks of Lucious going to the hospital and receiving some life-altering news. More on that later.

At a company press conference, Lucious explains how he plans to take company public on the New York Stock Exchange. He explains to all in attendance that he “started his career in the streets and that music was the only thing that saved him” speech ala Jay Z, 50 Cent, insert your favorite rapper here.

Due to his life-altering news, Lucious is also looking to pass the company down to one of his three sons, Hakeem (the rapper), Jamal (the singer) and Andre (the business man) but as of now, none of them are worthy to lead the company.

Finally, we meet Cookie (Taraji P. Henson), ex-wife of Lucious and co-founder of Empire Entertainment. She has just been released from prison on “good behavior.” Originally, Cookie was supposed to be doing a 30 year bid, but it was strangely shortened to 17.

Lucious is visibly upset when Andre tells him that Cookie has been released from prison. Lucious chastises his right-hand man, Bunky, for not telling him this and orders Bunky to keep tabs on Cookie’s whereabouts.

Cookie first visits Jamal, the middle child and only son that visited her while she was in prison. Cookie walks in on Jamal with his boyfriend Micheal. Flashbacks reveal that Cookie always knew something was “different” about her son and she fought Lucious. Cookie accepts Jamal being gay and embraces his boyfriend. It’s clear from flashbacks that Lucious has never been accepting of Jamal being gay. Lucious believes being gay is a choice and also expresses that an openly gay artist will never sell records.

We learn that Lucious divorced Cookie while she was in prison and moved on with his life. Aside from the small talk, Cookie reminds Lucious that it was her money that helped him start Empire Entertainment. Cookie demands $5 million dollars and to be appointed A&R of music, to which Lucious says he can’t do because of company politics. Cookie then visits Hakeem, the youngest of her three sons. He’s very disrespectful and nonchalant when she walks in on him getting a haircut. Pleasantries are exchanged and then he calls Mom a bitch. Cookie responds with a swift beat down with a broomstick leaving bruises later seen throughout the episode. This is probably the second best scene in tonight’s episode.

Hakeem also happens to be Lucious’ pick to lead the company, but Hakeem clearly isn’t ready as he’s more interested in women. Lucious offers to work with Hakeem on new material to which Hakeem seems happy to accept. On a side-note, Could Empire’s Hakeem Lyon’s Music Be A Hit In Real-Life Radio?

Cookie runs into Bunky, who has been keeping tabs on her. However, it’s clear that Bunky and Cookie have a history and Bunky says that he won’t update Lucious on her whereabouts.

Finally, we meet Andre Lyon, the oldest son and CFO of Empire Entertainment. Andre has been running the company in the background, even teaching his father a thing or two. He visits Cookie and expresses to her that his father has started a war between his brothers. Despite not having a real relationship with her, Andre explains to Cookie his plans to take over Empire Entertainment.

The next day, Cookie barges in on a company meeting. Lucious and his employee Vernon, played by Malik Yoba of NY Undercover fame, quickly escort her out. Cookie expresses that if she can’t manage Jamal, she will go public and tell everyone that Empire Entertainment was started with drug money which would stop the company’s process of going public. Lucious grudgingly accepts the offer, also expressing that he never wanted Jamal anyway.

Cookie watches Jamal perform at an “intimate” club; a venue that is a cross between a coffee shop and a night time lounge. After his performance, Cookie is encouraging her son to think big, but Jamal expresses that he doesn’t want to be a major artist like he was years ago. He would prefers doing local shows. Cookie is not happy with his small-minded goals. Later at a club, Jamal jokes to Hakeem about Cookie managing his career. Despite being his mother, Jamal is unsure of who she is. Hakeem is still upset about the beating with the broomstick.

Hakeem and Lucious are in the studio working but Hakeem is having a tantrum. He isn’t pleased with the music that Lucious has given him. Hakeem runs to his brother Jamal, who listens to the track and feels that the music could be better. He offers to produce some better music for his little brother.

Bunky shows up to Lucious’ house in the middle of the night asking for $3 million dollars or else he will tell everyone that Lucious killed four people in his past. He shows Lucious a gun in hand to show he means business. 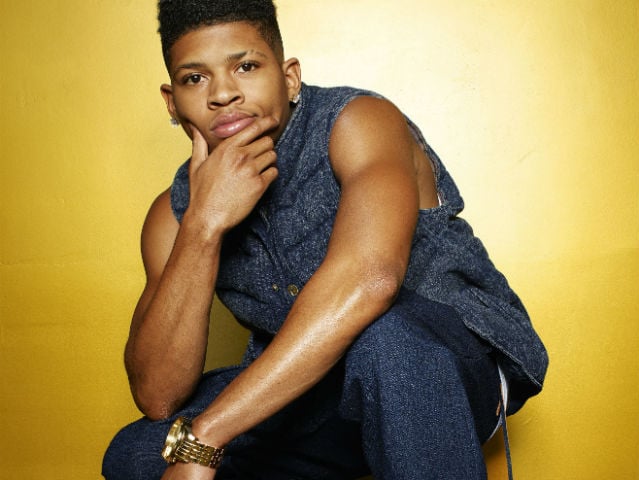 Hakeem plays Lucious the new material that Jamal did. While Lucious is clearly impressed with the new song that Hakeem has submitted, he’s not happy that Jamal produced it. Upon hearing his father’s words, Jamal has a change of heart and goes to Cookie to tell her he will accept her managing his career and that he wants to go public with his gay lifestyle.

Vernon, an employee of Empire Entertainment, has done some digging on Bunky. It seems that Bunky owes someone money — the apparent reason for the $3 million demand for payment. Despite being friends with Bunky since they were 14 years old, Lucious meets Bunky and kills him.

The episode ends with a flashback of Lucious discovering that he has three years before his ALS (Lou Gehrig’s Disease) kills him. At a company party on a yacht, Lucious announces Cookie as the “heart & soul” of Empire Entertainment and that Jamal and Hakeem will be releasing solo albums — pitting the two brothers against each other while Andre looks on with contempt.

And the war begins.