“Empire” co-creator Lee Daniels can sleep a little easier this week after reportedly coming up big in a publicized lawsuit over his hit Fox series.

According to reports, a judge dismissed plaintiff Jon Astor-White’s legal claim of Daniels stealing the show concept from his own.

In a federal court ruling this week … the judge pointed out Astor-White had no contact with “Empire” show runners, and also tore apart any alleged similarities between his show and Daniels’. For instance, Astor-White’s show has no Cookie and his “Lucious” is NOT terminally ill. The judge was really offended by Astor-White saying his lead character’s daughter was similar to Lucious’ gay son, Jamal … because “both [are] associated with the feminine gender.” (TMZ)

This week, “Empire” brought in over 12 million viewers with its mid-season premiere. 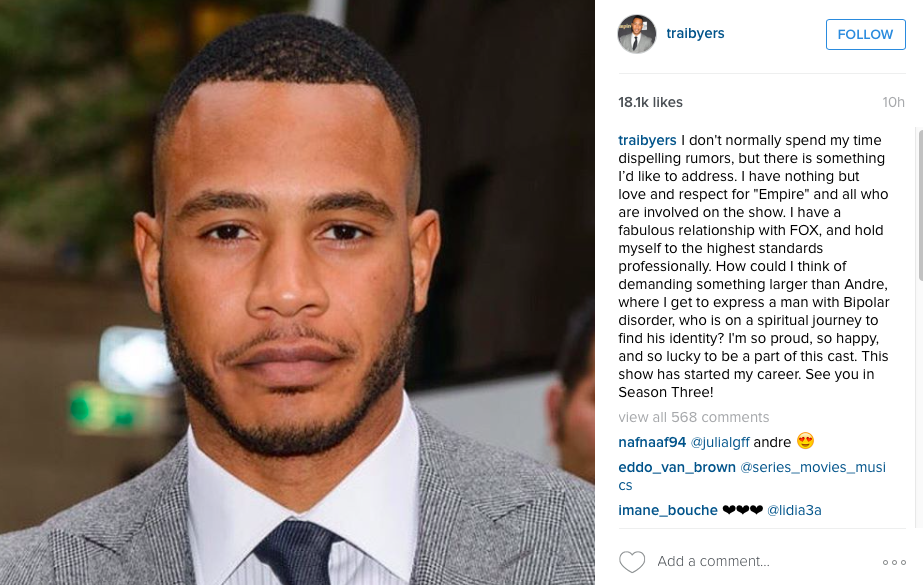 “Trai wants out,” said an insider. “He feels that he studied at Yale and he’s a ‘true thespian’ . . . The character is beneath him. He has an idea of himself as being this big Shakespearean actor.” “At first, being on ‘Empire’ was major for him. But he feels his character is not as important this season, and he hates not being the star,” said a source. “He thinks he has the acting chops of Taraji and Terrence. He doesn’t get how the show benefits him, and he feels he has way too much talent when he’s not the star by any means.” (Page Six)