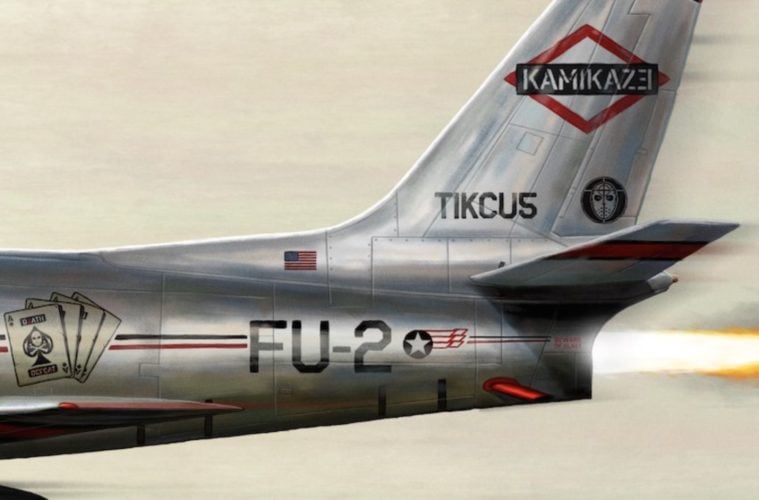 Grammy-winning rapper Eminem‘s Kamikaze momentum is not slowing down – at all. The hip-hop heavyweight’s latest solo offering is now available in physical formats.

Em’s manager Paul Rosenberg went to Instagram Friday (September 7) to reveal the the packaging and confirm the project’s in select retail stores.

Slim Shady’s newest album is expected to debut with some of the best opening week sales of 2018.

Industry forecasters suggest the effort — which was released without warning on Aug. 31 via Shady/Aftermath/Interscope Records — may bow with over 360,000 equivalent album units earned in the week ending Sept. 6. That sum would land Kamikaze the fifth-biggest week of 2018 for an album, trailing only the debut weeks of Drake’s Scorpion (732,000 units; according to Nielsen Music), Travis Scott’s Astroworld (537,000), Post Malone’s beerbongs & bentleys (461,000) and J. Cole’s KOD (397,000). (Billboard)

…and the KING has spoken! 📸 @KingJames @Eminem #Kamikaze 🔥🔥🔥 pic.twitter.com/ZTEMMHrksp