Slim Shady took centerstage at the annual showcase to perform his anthem alongside singer Skylar Grey.

The A-lister, who occasionally disappears from the public eye for large amounts of time, performed his newest release, “Walk on Water,” alongside Skyler Grey. He also told fans that they should be expecting an upcoming album. Slim’s appearance marks his fourth return to the EMAs, where he performed “Berzerk” and “Rap God” during a surprise performance when he was last there in 2013. (Complex)

@Eminem & @SkylarGrey killin it with "Walk On Water" @ #MTVEMA
pic.twitter.com/jr4yQOSqv2

Since its release, Em fans have had mixed reactions toward “Walk On Water.” 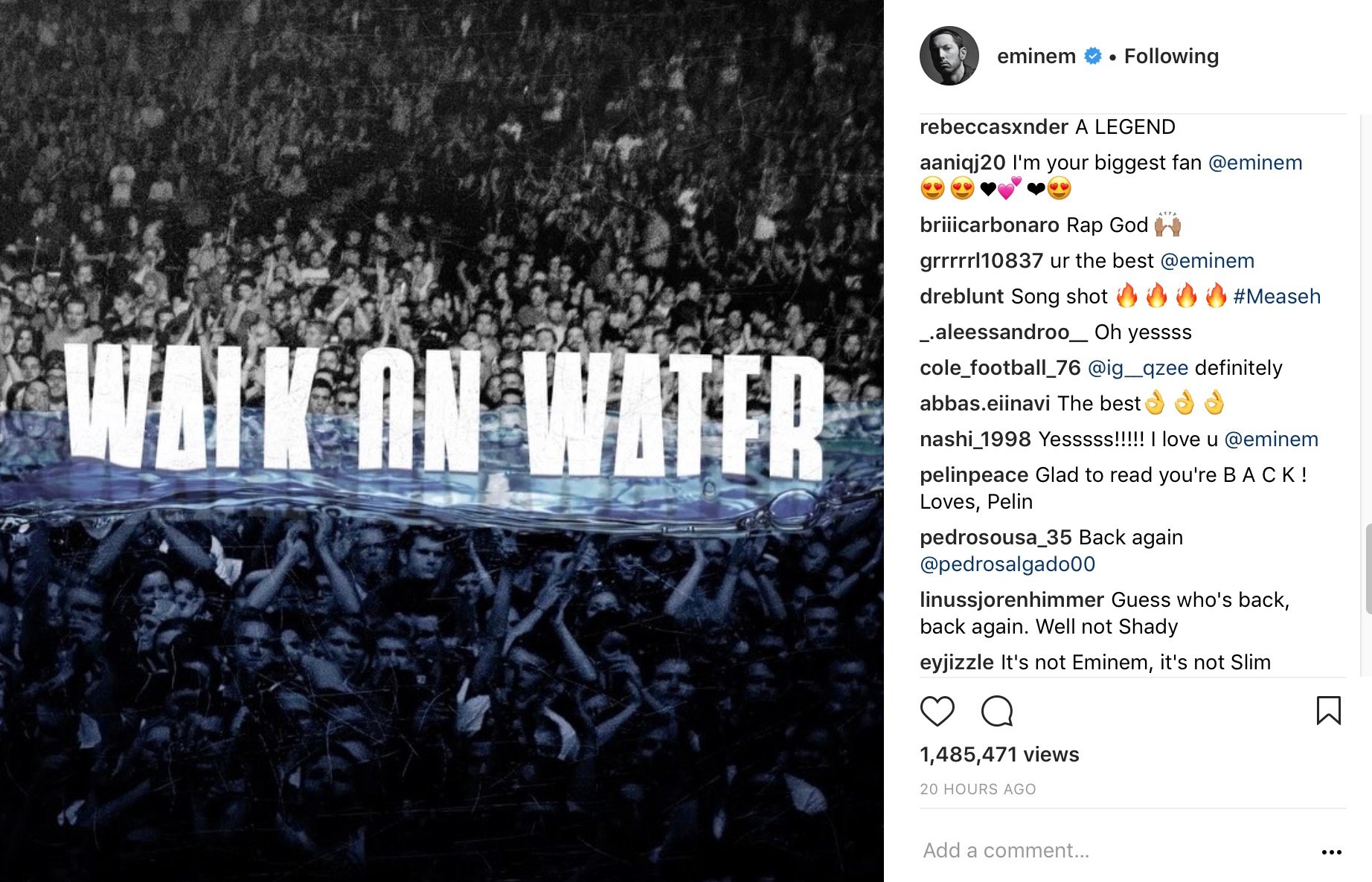 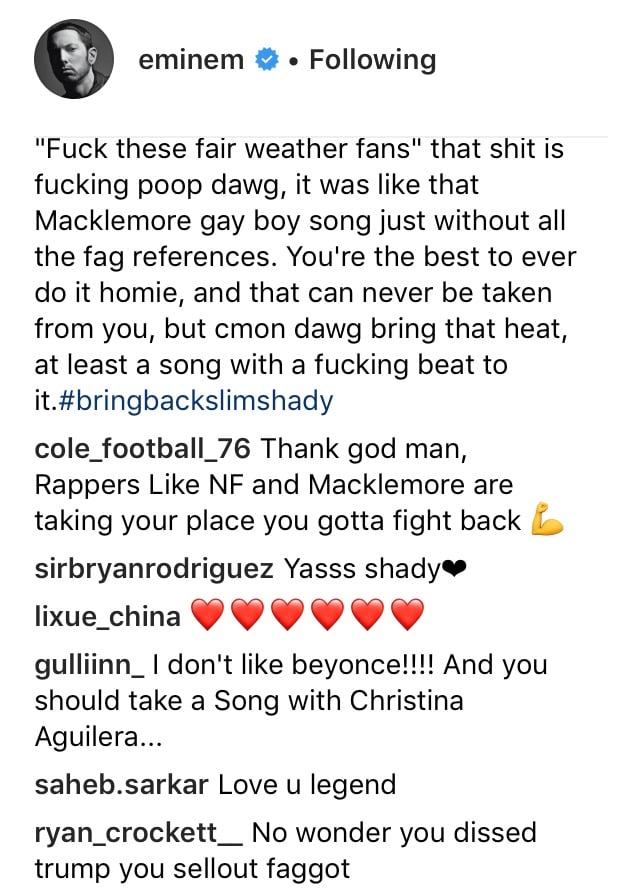 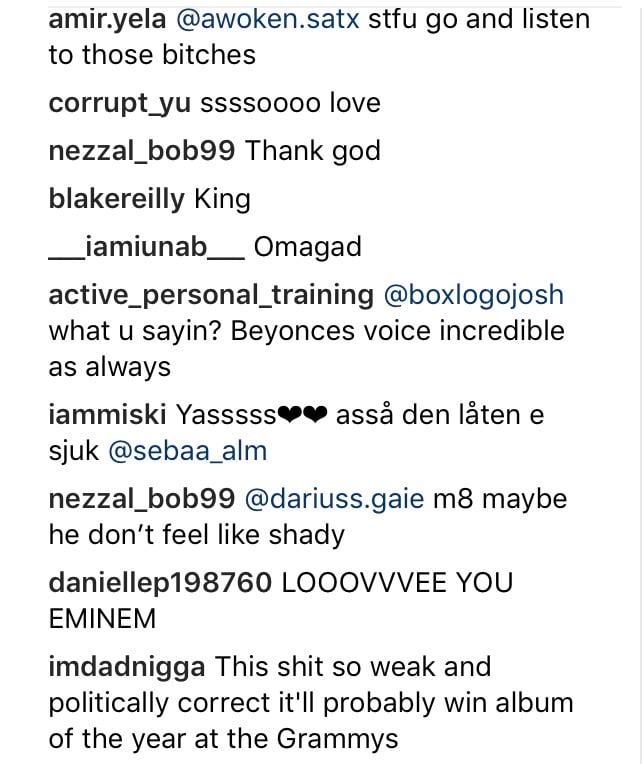 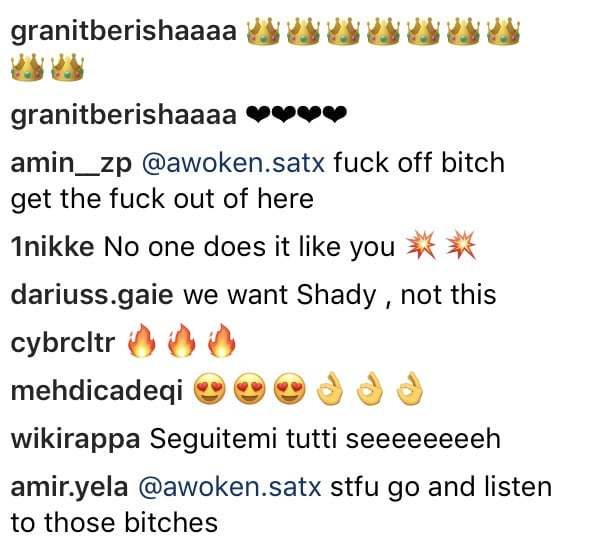 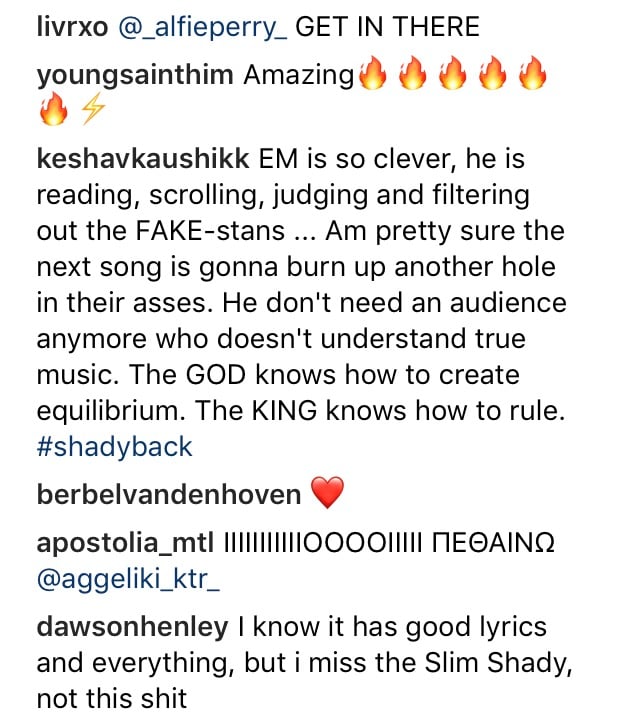 A few days ago, Slim Shady shocked fans by releasing his Bey-featured “Walk On Water” anthem.

Last week, Eminem confirmed hype about his next album being called Revival.