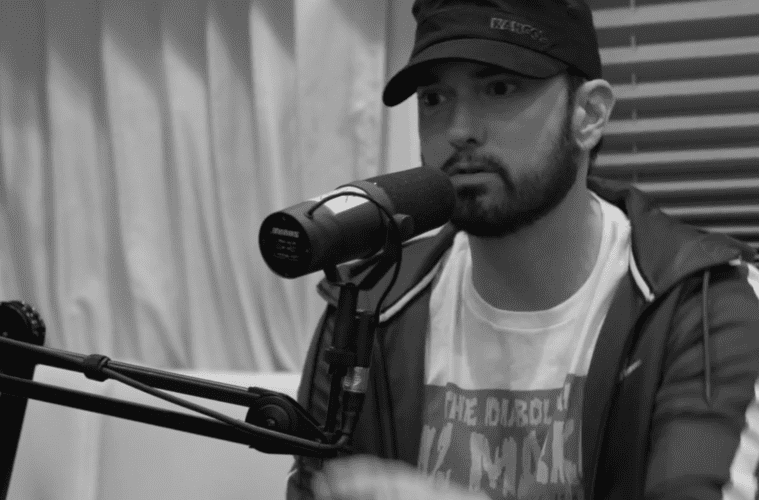 Grammy-winning rapper Eminem is much more than a fan when it comes to boxing. The hip-hop superstar pulled through this week for a must-see sit-down with fighting icon Mike Tyson‘s popular “Hotboxin'” show.

During the Q&A, Em didn’t hold back on delivering tons of gems. After geeking out about how much he respects Iron Mike, Marshall Mathers talks about growing up and realizing how much he needed to learn about boxing.

“Coming up as a kid, I got my a** kicked a lot. I fought and I lost. I fought and I won. It was a point in time when I got in enough fights and was winning fights, I felt confident until I started learning some of the fundaments of boxing and realized I don’t know sh*t. I know nothing. … You f*ck somebody up and then feel bad later. You’d be nice to them after the fight. I hate you during this fight and then I don’t hate you anymore and I actually feel bad because you might die now.”

On Wednesday, Em went online to announce the winner to his “Godzilla” challenge. Slim Shady also shared the winner’s must-see freestyle clip showing him flexing his love for Em with his entire album collection.

“‘Godzilla, fire spitter, monster’ Godzilla Challenge. @Triller winner squad on the site. Shout out to the homie jacksherlock1 on taking the #1 spot!”

A few days ago, Em went to his social media pages to share his “Godzilla” music and lyric videos. Eminem also encouraged fans to join a viral challenge.

“Don’t nobody want it but they’re gonna get it anyway!” Godzilla lyric vid just hit the site”