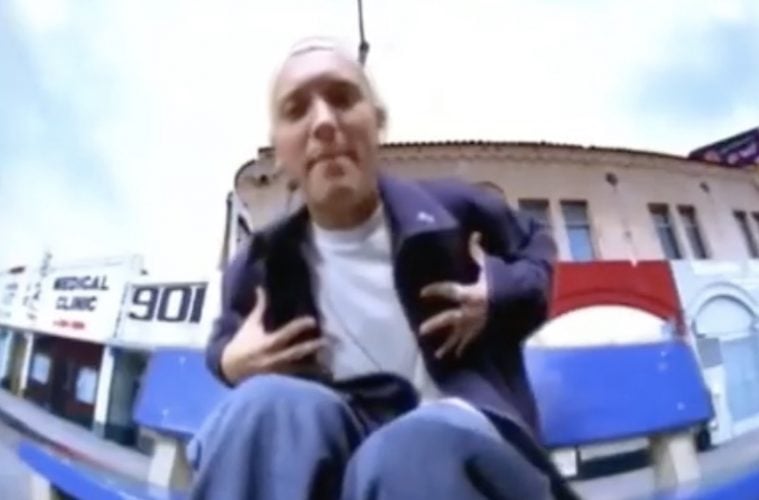 Grammy-winning rapper Eminem is putting a little respect on his own name. The hip-hop veteran jumped on social media this week to hype up his Slim Shady LP’s 20-year anniversary.

Em went to Instagram Saturday to urge fans to check out a special edition extended version of his classic studio debut.

20 years later and I definitely still don't give a fuck!  #SSLP20  #STILLDONTGIVEAFUCK -hit the link in bio

Last night, Em’s manager Paul Rosenberg hit up IG to reflect on the 1999 album’s impact on his career.

There’s not a single project that has changed my life and career trajectory more than this one right here. Talk about storming out of the gate- my goodness. So thankful to know and work for such a loyal genius in @eminem- the first 20 years have been an insane run. Here’s to the next 20 and beyond! Oh, and Slim Shady, happy birthday young man but you can go F yourself. Link in bio to the expanded edition.

Heading into the weekend, both Eminem and Detroit native Royce Da 5’9 acknowledged the LP’s 20-year anniversary.

From the vault! Re-issue of the Slim Shady LP Expanded Edition is now streaming for the first time for the 20th Anniversary. Happy bday Shady! #SSLP20 #STILLDONTGIVEAFUCK – hit the link in bio